I believe that one of the most important issues is the subject of abortion. Abortion should always be the woman's decision and choice. It allows young women or any woman an option if they can't raise a child or choose not to.

Abortion is not murder. A popular anti-abortion belief is that if a woman has an abortion at any time of her pregnancy, then she is murdering a living human. This is an incorrect statement because in fact when most women get abortions, it is within their first trimester. 88% of abortions happen in the first trimester (healthresearchfunding). If an abortion takes place in the first trimester, the fetus cannot survive without the mother, and the fetus is not its own individual human. This is important to know, because it's not murdering a human if it is not even a human. Another reason that abortion isn't murder, is the simple concept of personhood. Personhood is the status of a human being having individual human rights(dictionary). By definition, personhood is stating how humans have the rights to their own bodies and choices involving their bodies.

Nearly 1 million teens get pregnant each year, 78% of these pregnancies are unintended. 35% of pregnant teenage women choose to abort rather than bear a child that they cannot take care of(choices pregnancy). Pregnant teens are more likely to have to drop out of school and receive inadequate health care. Most young women decide to get abortions because they either do not want their lives to change drastically by giving birth, do not have the money to afford a baby, or do not feel mature enough to raise a child(choices pregnancy). In 2013, by the age of 2, the average baby costs more than $12,500 per year (parenting.com). Having a baby at a young age also can result in health issues for the baby. Babies with young mothers are likely to be premature. Premature babies often have hearing loss and vision problems (marchofdimes) (mayo clinic). These health problems occur because babies didn't have enough time to develop completely. Not only are abortions helpful for young women but also any women.

Gina is a married, college student, planning on graduating in a year. Gina was on the pill but missed her period. Afraid, she and a friend went to get pregnancy tests. She learned that not only was she pregnant, but she was 11 weeks pregnant. Not wanting to put her future on the line, Gina decided to get an abortion. Since it was her body and her choice, she decided to not tell anyone. She says, “Woman of all backgrounds and situations find themselves in situations where they need to make a choice. I am SO glad one was there for me to make” (prochoiceamerica). It is important to give all women of all backgrounds in any situation, the option of abortion.

Women should have the absolute right to choose what to do with their bodies.The government shouldn't have a say in what anyone does with their body. Abortion should always be the woman's decision and choice. It allows young women or any woman an option if they can't raise a child or choose not to. 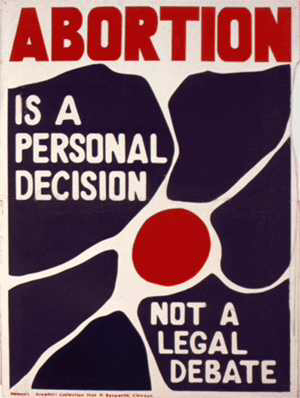 women's rights abortion
Published on Nov 8, 2016
Report a problem... When should you flag content? If the user is making personal attacks, using profanity or harassing someone, please flag this content as inappropriate. We encourage different opinions, respectfully presented, as an exercise in free speech.
St. Paul Central High School

A paragraph talking about minimum wage

Each year, thousands of women are dying from unsafe abortion procedures. More deaths can be prevented if women are educated on the risks and safer ...

Gender Equality in the Work Place

Women do not have the same rights as men when it comes to jobs. This is an ongoing problem that needs to be stopped.