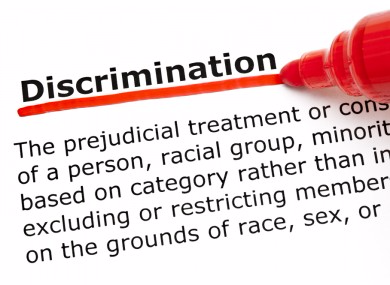 There are many problems circling the country and world right now, but I would like to focus on one of those problems that I feel needs a resolution. My concern is the base of this country is being discriminated daily. You and I have both heard about this problem, I think it is time to do something about it. I see this problem happen way too often, it needs to be stopped for good.

For the past 50 years, immigrants living in The United States of America have had inequity. During the 1800s and early 20th century, non-whites went through hard racism, prejudice, and violence. Even now this still exists, at times. Being part of a community full of immigrants has showed me this still exists. Our country is recognized for having diversity. We are proud to have diversity in our country, but we treat the people that bring diversity horrible. People refuse to look past race, color, and religious beliefs. This is why there is still discrimination and racism in the world. Our world has gotten to be a bit more accepting, but it is still not enough. We share this country with those who are discriminated. They call this country their home, just as we do. They work hard and have goals, just as we do. 52% of Hispanics have experienced discrimination. Those of different colors, races, and beliefs shouldn’t be afraid to go places. They are afraid of being rejected by the world. No one should be afraid of not being accepted for who they are.

Immigrants are harassment, discriminated in hiring, and discriminated in housing. Immigrants go through all the inappropriate jokes made by others and name calling because of their skin color, race, or beliefs. The discrimination in hiring happens when immigrants aren’t hired for jobs because "they are not capable of the job." I have heard stories of my parents’ friends not getting a job because “they are not good enough” because of their color and race. What you are capable of doing and how hard you work does not depend on your race, color, or belief. It depends on your mindset. Also, immigrants get discriminated when wanting to rent a house. My parents are landlords and we hear stories of immigrants not being able to rent a house they wanted. This is because the landlord judged them off their race or color. My parents have gone through what they have, so they give them chances. They also don’t judge them for their color.

To prevent this major problem, there should be laws placed to protect immigrants. The laws would protect immigrants from threats and discrimination. This will be difficult to control, but are you willing to fight for everyone in this country? We believe that they are one of us, they are one of us. We know right from wrong, and we know this is wrong. I hope you do well in your 4, maybe 8, years of service for this country we call home. I know you will make a wise choice that will benefit this country.

immigration discrimination
Published on Sep 27, 2016
Report a problem... When should you flag content? If the user is making personal attacks, using profanity or harassing someone, please flag this content as inappropriate. We encourage different opinions, respectfully presented, as an exercise in free speech.
MCAA

Nuclear weapons are to dangerous and it is affecting peope

I think that the president should let illegal immigrants become to US citizens.

Dear President, I want to tell you that it is a disservice not to honor the academic work of immigrant students by having them repeat school within...

Immigrants Need a Chance in America

Illegal immigrants come to America to start a better life and they should be able to do that because they are looking for an escape from poverty, a...