I wish to discuss climate change with you. Climate change is a huge problem worldwide, but the United States of America is the second most polluted country next to China. The carbon dioxide levels in the atmosphere are so high that we can no longer completely reverse change.

Pollution in the USA is so high that acid rain is forming in storm clouds, but the US won’t have to worry about it if America turns into a desert. Rainfall in the south west has been dropping each year significantly, and the wind patterns are making the rain end up in Alaska. Drought is becoming the new normal for the US, but there are ways to slow down the effects. If people stop watering their lawns and the side of the road then the US could save large amounts of water. We can plant grasses that use less water.

Animal life by lakes and rivers is literally choking on plastic bags, bottles, and plastic rings. Plastic islands are drifting in the middle of the ocean, and fish eat plastic that breaks off the island. The fish are then used to feed the world, so we are literally poisoning ourselves by throwing plastic in the ocean. One thing that would help is a group of people who inspect lake and river banks daily. Another is to raise prices on plastic items, and to put an additional cost on manufacturing plastic.

Oil is arguably the main cause of climate change, next to coal. Some oil is collected by building giant oil rigs in the oceans and to build them you destroy ocean life in the area. The oil is then shipped to major companies. During this trip to the mainland there are many chances of spills, which would destroy most ocean life. The companies then refine the oil to make gasoline for cars, which pollute the atmosphere. The side product of the refining process is plastic, which ends up in the ocean or buried.

Nuclear power is a source of energy that many people see as reliable, but the radioactive waste takes hundreds of years to become safe. Meltdowns of these reactors can devastate environments for hundreds of years, as seen by Chernobyl. Radiation from the nuclear power also can leak through cement walls that are not thick enough, as seen by the Indian Point reactor that leaked for years before we stopped it. Nuclear power is a completely unreliable power source that is extremely dangerous.

All of these problems can be solved with your help. Nuclear power can be replaced by solar and wind power. We can use clean energy cars instead of relying on oil. Plastic can be replaced with biodegradable items. Carbon levels can be lessened with the replanting of forests. These are the best paths to keeping the human race alive. 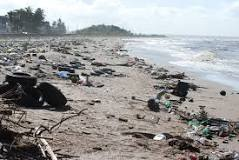 pollution
Published on Oct 14, 2016
Report a problem... When should you flag content? If the user is making personal attacks, using profanity or harassing someone, please flag this content as inappropriate. We encourage different opinions, respectfully presented, as an exercise in free speech.
The Birch School

I wrote a letter to our next president regarding animal experimentation.

People in the Untied States who don't have health care are suffering from the fee of the medical bills. The american president has the power to con...

Keep food on plates and out of landfills.

Keep food on people's plates in instead of in landfills.