I’m writing because I’m concerned about the issue of equal pay for working women. Female rights, such as equal pay is affecting women because it can be harder for working families to make a living. I will not stand to watch women in workplaces earn less for the same work. I encourage you to fix this problem by enforcing equal pay in all workplaces, and to make a public announcement about it. Many families rely on woman of the household for at least half of their family’s income.

It is estimated that the wage gap for women will close by 2058, but I would like for you, President, to give this issue more attention and to close the wage gap for women and men now. According to thedailybeast.org , “by the time a college-educated woman turns 59, she will have lost nearly $800,000.” This loss in money can affect their family, such as paying for childcare or paying for rent. This can also affect young women because they will not get as many good opportunities for jobs in the future.

I would also like to address another issue that stands out to me relating to equal pay. I believe we should have a president that can protect women's’ rights, and let women have higher roles in jobs. An example is the“...lack of readiness by companies to hire women for top positions and by voters to elect women to higher office are major reasons that there aren’t more women in top leadership roles in business and politics.” Therefore, having more women in higher offices, such as in the government, can help us gain access to the equal rights we deserve.

In conclusion, I think you, as our President should give these issues more attention and make sure our country is equal and fair for all people. I hope you will help change this and make sure women have enough money to take care of their families have more female leaders, so we can have more recognition. In the future, I hope you will take care of this issue and let young women grow up in a nation of opportunities that allows them to achieve their dreams.

By Double Digits, Women Are Also More Likely than Men to Say That Voters Not Being Ready to Elect a Woman to Higher Office and Party Leaders Giving Less Support to Women (41% vs. 31% and 33% vs. 21%, Respectively) Are Significant Obstacles to Female Polit. "Chapter 3: Obstacles to Female Leadership." Pew Research Centers Social Demographic Trends Project RSS. N.p., 14 Jan. 2015. Web. 07 Oct. 2016. 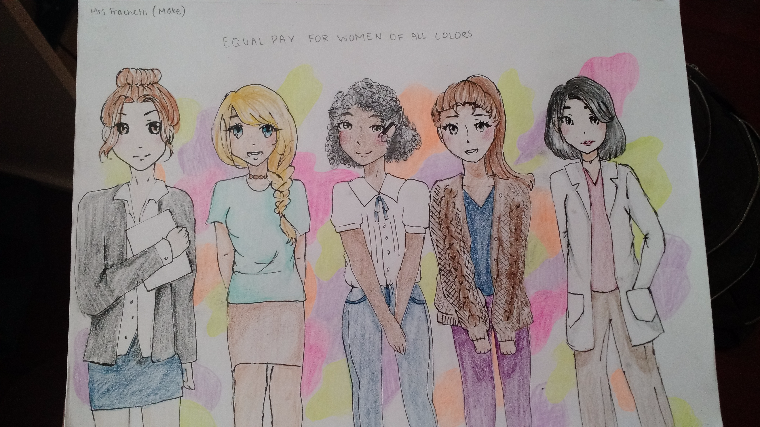 women's rights feminism equality money
Published on Nov 1, 2016
Report a problem... When should you flag content? If the user is making personal attacks, using profanity or harassing someone, please flag this content as inappropriate. We encourage different opinions, respectfully presented, as an exercise in free speech.
Bernal Intermediate

My thoughts on Drug and alcohol abuse. What our next Action?

My issue is gun violence in the U.S.

The Discrimination affecting our country needs to be discussed so that an action plan to combat discrimination can be establisheed.

Abortion Should Be The Woman's Choice

Women should be able to make their own decision about whether or not to have a child.

We need awareness about disabilities

People who are handicapped are being treated unfairly.

I do not believe abortion should be illegal.