Dear Mr/Madam President, “How hard will it be to leave college with $100,000 in debt? Think of young people having to make a choice between working a minimum wage job to survive because they cannot afford tuition” The most important issue facing our nation today is the lack of affordable higher education. Mr/Madam President you must make college more affordable. Many people who would be successful in college are not attending it for the reason that it is too expensive. If college tuition remains unaffordable there will be an increase in income inequality.

It cost $10,200 a semester to go to college at UT. You Mr/Madam President need to do something about this because not everyone can afford this. College must stay available and an affordable opportunity that gives a good value for all People/Americans. We want college to be a safe investment for every student who want’s to work hard, an investment that gets our students ready for a good job and a bright future.

Some people claim that there are jobs that people could get if they can’t afford to go to college. But some of those jobs aren't that bad but you get paid less, so there’s some consequences. How will you pay rent when you work at McDonald's, and you get paid $8.81 an hour. You’ll be living with your parents, and at college age, you should be living on your own.

It’s hard to come up with thousands of dollars without taking out a loan because that's where all your money is. This can also affect education and society by, debt levels increasing on economic growth. In the wake of the financial crash, families have been trying to pay down their debt so they can have a healthier financial future, reduce the amount of their income that they use to service their debt, and begin investing again. During this process, families are spending a lot, which is holding them back, and this makes it hard for the economy to stay healthy.

Mr/Madam President it is important to follow what i’m saying or the economy will not stay healthy, thousands of college students will not be able to afford the debt since they chose to go to college, and if college tuition remains unaffordable there will be an increase in income inequality. As well as many people who would be successful in college are not attending it for the reason that it is too expensive. 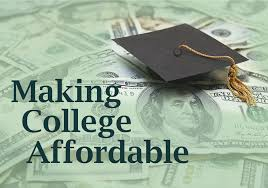 college
Published on Nov 8, 2016
Report a problem... When should you flag content? If the user is making personal attacks, using profanity or harassing someone, please flag this content as inappropriate. We encourage different opinions, respectfully presented, as an exercise in free speech.
Cedar Valley Middle School

Why we shouldn't have standardized testing

Persuasive letter to the next President to abolish standardized testing.

Why we must make College Free

Reasons why the President must make college free.

why me must repeal standardized testing

Persuasive Letter to the next President to cancel the standardized test

Why renewable energy should be a bigger part of our lives

The LGBTQ community has been threatened and discriminated against. This needs to stop.

The School System from one hundred years ago is no different from today's School system.

How Video Game Addiction Can affect Your Social Life

Gun Laws should be more strict.

It is time for people to help out the people on the side of the road.

Vaccinations can protect and save your child's lives.

School Food must be saved!

I think that school food should be made a lot better for kids around the country. This letter explains what is wrong with school lunches and how th...

Soon to be adult

People not getting enough education, causing them to have no jobs and money.

Every year high school seniors look to go to college the next fall. For some, that cannot happen because of the high prices of college.