People seeking scientific proof of anthropogenic global climate change are barking up the wrong tree. The goal of science is not to prove, but to explain aspects of the natural world. Following is a brief explanation of climate change.

Around 1850, physicist John Tyndall discovered that carbon dioxide traps heat in our atmosphere, producing the greenhouse effect, which enables all of creation as we know it to live on Earth.

Carbon dioxide increased as a percentage of our atmosphere since Tyndall’s time at the beginning of the Industrial Revolution. As a result, Earth’s average temperature increased by 1.5 degrees Fahrenheit.

The disturbance of the global carbon cycle and related increase in carbon dioxide concentrations in the atmosphere is identifiably anthropogenic because of the isotope signature of atmospheric carbon dioxide.

It is no wonder 97 percent of climate scientists and all of the national academies of science in the world agree climate change is real, it is happening now, it’s caused by humans, and is cause for immediate action before it is too late.

To see that our president of the United States is ignoring all warning from science and previous data, it troubles many Americans today. Please take action sooner rather than later. 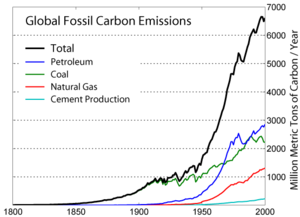 This letter is requesting better organization and project management on construction projects, for the safety and sake of all people.

Howdy there Mr. Trump. Now that you are president I am writing this letter to address a certain issue. The issue that I have some concern for is Ob...

Climate Change has become an issue and is causing many effects.

Our Beloved Planet May Become Uninhabitable Due to Pollution

Pollution is escalating at an alarming rate and is killing the Earth. More action needs to be taken to reduce pollution.

Reducing chemicals into the air

Reducing chemicals into the air/ways to help with the problem.

Climate change is a growing problem in the world.

Human-produced gases are causing extreme climate fluctuations, causing trouble for most if not all life on Earth.