Waking up for school in the morning can be aggravatingly hard sometimes. After a long day at school, sports, and homework, what do we all want? Sleep! There’s only one problem with that… Due to early school start times, most kids do not get the amount of sleep that they need to power through the day. I know from personal experience, that if I do not get a good nights sleep, I will slack off and feel grumpy for the whole day. According to the CDC, a healthy night’s rest falls somewhere between 8.5 and 9.5 hours of sleep, when on average, most kids are only getting 7 hours of sleep at night. Early school start times are negatively affecting kids all over the country, and there’s only one solution: start school times later.

Early school start times not only cause kids to be tired, but it is also a source of health issues. Anne Wheaton from the CDC says; “Their bodies’ inner “clocks” make it hard for them to go to bed before 10:30 or 11:00 p.m., but to get to school on time, they have to wake up as early as 5:30 a.m. A first school bell just after 8:00 a.m. slices into the 8.5 to 9.5 hours of sleep tweens and teens need to be healthy and perform at their best, she says. “If kids and teens are not getting the proper amount of sleep that they need, they are more likely to suffer from depression, obesity, and get involved with drugs.” According to Science News for Students, early school start times are causing kids and teens to lose REM (rapid eye movement) sleep, which helps control a person’s mood. If our generation is suffering from issues like these, how could you expect a bright future full of intelligent individuals?

If you had to wake up for school early in the morning, last the whole day, and then have to go to sports or other after school activities, how would you expect to have enough energy to make it through? All most kids want to do when they get home is lie down and take a nap (speaking from personal experience) until they realize that they have somewhere to be. The AAP’s studies show that the kids who got 8 or more hours of sleep were 68% less likely to have any sort of sports injury due to tiredness. As reported by AthleticBusiness.com “... 8:30 a.m. or later school start times leads to more sleep for students, which in turn reduces depression, improves academics and even enhances sports performances.” It is important for students to not only to get good grades but to succeed in sports and stay active and healthy.

Another issue that I would like to present is the fact that it is hurting kids in ways that are affecting their grades. At Nauset High School on the Cape, a principal noticed kids falling asleep in class and failing their classes, so he decided to delay the school day by 65 minutes to see what would happen. Due to the start time change, there has been a 53 percentile drop in the amount of kids who are failing their classes. These experiments have helped counties all over the United States, now, kids are feeling better about their grades, and better about how they feel in the morning and throughout the rest of the day as they should. Kyla Wahlstrom, a former principal at North St. Paul who studied school start times for 17 years said, “It makes sense, because kids who are sleep-deprived, like most people who are sleep-deprived, are more distracted.”

Now that I have given you all of these reasons to change school times, there is only one problem. Transportation! One way to resolve the conflict of transportation would be to start all school one hour later than they are, that way the bus schedules aren’t overlapping and parents and bus drivers still have the same amount of time to get children to school. There will always be the few parents who are against this idea, but the vast majority will favor the new system. According to The Washington Post, Todd Watkins, the transportation director for Montgomery schools,“...the new schedule has required adjustments in bus pickups because of morning traffic on some high school and middle school routes and afternoon traffic for some elementary school routes. Most problems have been worked...” One school in Minneapolis decided to make the switch, and 92% of parents surveyed were in favor of this fantastic, beneficial, new system. Overall, I do not see how anyone would be able to argue with changing the school start times, when after all, it is for the better of their children and their children's future.

As I have stated before, it is crucial that school start times are changed due to certain factors; health, sports/clubs, and grades. If we do not jump on this problem fast, the next generation will continue to suffer and issues will continue to get worse and worse. Please, President, help our generation to be successful and achieve our goals. All of the kids out there with suffering grades and lack of sleep are counting on you. I am counting on you. Thank you. 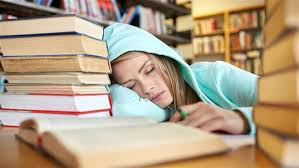 school start times internet
Published on Oct 11, 2016
Report a problem... When should you flag content? If the user is making personal attacks, using profanity or harassing someone, please flag this content as inappropriate. We encourage different opinions, respectfully presented, as an exercise in free speech.
Weddington Middle

Schools need to start at a later time to benefit schools, students health, and student lives.

I think we should have more time for extra-curricular activities.

Does the internet really have eyes?