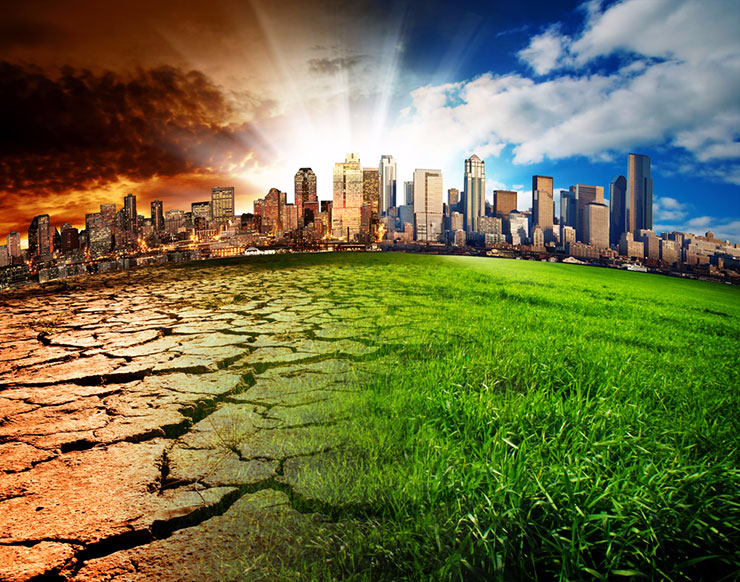 Imagine a world with crazy storms, more droughts, and no beautiful beaches. This is what it could come to as a result of climate change. Temperatures are increasing, polar ice caps are melting, sea levels are rising, and nobody is doing anything about it. Climate change is a huge problem we face in America that needs to be dealt with.

The main cause of climate change is the increase in greenhouse gas. The definition of a greenhouse gas is, “a gas that contributes to the greenhouse effect by absorbing infrared radiation.” Such as, carbon dioxide, methane, ozone, and nitrous oxide. These gases trap heat. As these greenhouse gasses increase, it causes more trapping of heat which leads to global warming.

Some people believe that climate change, or global warming, is not even happening. They think that the temperatures and sea levels have not changed. This is not true. According to ProConOrg Headlines, “Over the 20th century, as the concentrations of CO2, CH4, and NO2 increased in the atmosphere, the earth warmed by approximately 1.4°F.” (Is Human Activity Primarily Responsible for Global Climate Change?) Because of this small increase, the polar ice caps are melting. Nation Geographic states, “The annual rate of rise over the past 20 years has been 0.13 inches a year, roughly twice the average speed of the preceding 80 years.” Although this doesn’t sound like a lot, it is predicted to keep increasing more over the years if the emissions of greenhouse gas keep increasing.

There are things that can be done to prevent climate change. Instead of burning fossil fuels, renewable energy can be used. Solar and wind energy can be used in place of fuels for electricity. Solar panels can be placed on your home and energy efficient vehicles can be more widely used. This would help the amount of fuels emitted into the atmosphere. Another thing that can be done is stopping deforestation. Forests are being cleared to build homes, malls, and other buildings. We need to stop this before we don't have many trees left.

If we don’t do something about climate change, our earth could change drastically. As the emissions of greenhouses increase, so does the temperatures and sea levels. I hope that you see this as a big problem and do something about it.

climate change fossil fuel greenhouse gasses deforestation
Published on Oct 23, 2016
Report a problem... When should you flag content? If the user is making personal attacks, using profanity or harassing someone, please flag this content as inappropriate. We encourage different opinions, respectfully presented, as an exercise in free speech.
Orange High School

Climate Change is a serious problem that needs to be addressed.

I understand that you are currently receiving hundreds of letters with the people's’ various points and view. But that won’t stop me from trying to...

The Dead Hills of California

Climate Change is often an ignored part of current issues. It may not seem as important as economy or immigration, but it is just as if not more im...

When you burn fossil fuels, it creates methane, which taps in more heat than carbon dioxide.

A CATASTROPHE IN OUR HANDS

Global Warming is a big issue all around the world, together we can stop it. Fumes, toxins, smog, and emissions have tainted our once beautifully p...