Have you seen cities covered in smog? National parks dying? Air Pollution is a major problem in the United States, even the world! I know that you are very familiar with this, but what is being done to stop it? Our major cities are now thickened with fog every morning, our air isn’t safe to breath, and now air pollution is affecting our national parks! We need your help in making our country safe again. What will you do?

Air Pollution causes many problems, but the most common effect is fog or haze. According to Outdoor air pollution has grown 8% globally in the past five years, with billions of people around the world now exposed to dangerous air.” It is important to acknowledge that people need to get to work every day, bring their kids to school, , but our emissions are over the roof! One way that we can reduce these emissions is encouraging more eco-friendly transportation, for , electric cars, and subways. We can’t keep letting more and more people get exposed to air pollution, because it’s doing more than just hurting the environment. Which brings me onto my next point.

C&EN.org stated, “Magnetite, a magnetic iron oxide mineral, is showing up in a place it doesn’t belong: the brain.” Magnetite particles are inhaled, and are increasingly caused by air pollution. Not only are they found in the brain, but TheGuardian.com also stated this, “The detection of the particles, in brain tissue from 37 people, raises concerns because recent research has suggested links between these magnetite particles and Alzheimer’s disease, while air pollution has been shown to significantly increase the risk of the disease.” So not only does air pollution affect the environment, but it’s leading to Alzheimer's disease, and could be leading to other types of diseases we don’t know about yet. I know there is no way to completely reduce air emissions, industries will have to manufacture products, cars will have to run, and so on. People are going to be exposed to air pollution, but now people are getting sick from the most important thing needed to live, air! This is why we need to improve our air pollution laws and at least slow down our emission rates.

In an article , author Krista Langlois wrote, “Hundreds of years ago, Ancestral Puebloans would have been able to look out from Mesa Verde (a national park) and views that stretched 170 miles. Today, haze reduces those views to just 66 miles on the worst days.” Air pollution is now affecting our national parks! Krista also stated, “Icons like Mesa Verde, Everglades, Yosemite, Acadia and Sequoia -- continue to experience pollution that can affect wildlife and human health, as well as the climate. In Mesa Verde, one of the sources of pollution is Las Vegas, 500 miles away.” It is true that Las Vegas is very popular, and a lot of people go there. But it’s hurting things 500 miles away, so we need to start reducing city emissions, driving cars, and creating better air pollution laws, because it will help keep us safe, and our national parks.

This is why we need to reduce our emissions. We are slowly destroying our planet, and it will only get worse. Our cities, our national parks, and now we are being affected by air pollution! So I ask you, what will you do to fix this matter? -friendly cars? More emission laws? Anything will help, and it can only get worse without your help. Thank you for your time in considering this important matter. 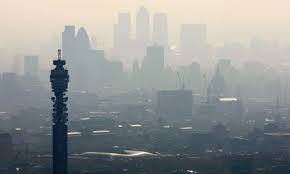 Energy pollution economy environment
Published on Oct 5, 2016
Report a problem... When should you flag content? If the user is making personal attacks, using profanity or harassing someone, please flag this content as inappropriate. We encourage different opinions, respectfully presented, as an exercise in free speech.
Weddington Middle

In this letter I will be talking about The Keystone XL pipeline. This is a pipeline for an oil that is quite dangerous.