Since you have been elected to office recently I would like for you to pay very close attention to illegal immigration for the next four years. We’re not going to solve that problem by building a wall, but to offer some of them a citizenship instead.

Illegal immigration has a been a huge problem and topic over the past decade or so. According to procon.org, “there are 11 million undocumented illegal immigrants.” But that’s way too many to kick out of our country and inhumane to separate them from their families. So if they have no criminal records or nothing of that sort; than we should offer them a citizenship. But we don’t offer it to them just that easy. They have go under some stuff like green card, tests, and all of that. Also we only give to the people that deserve it and work hard every day.

Also, even those 11 million are illegal; they still play a huge role in our economy. The especially play a big role in our food production. I mean honestly... without them there will be a big decrease in food production if we get rid of them. They are hard working people who provide a lot of good for this country. Therefore we give them a documentation that makes legal like a green card or visa.

In conclusion, the U.S must be as active as possible to keep illegal immigrants out of our country. But with the 11 million that reached the U.S successfully. We must figure out another solution, not just deport them. I think we should offer the hard working immigrants who benefit our economy a whole lot, a documentation of legalization. It would be cruel and inhumane to deport them from their families. 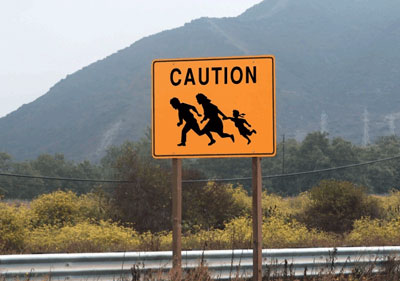 immigration
Published on Dec 14, 2016
Report a problem... When should you flag content? If the user is making personal attacks, using profanity or harassing someone, please flag this content as inappropriate. We encourage different opinions, respectfully presented, as an exercise in free speech.
Miamisburg High School

The killing of innocence needs to stop.

Climate Change has put us in warmer winters and less snow but don’t think this as good.

The United States needs to increase the amount of Syrian refugees accepted into the country.

Immigrant families and the immigration reform

The next president has to improve Immigration

Donald Trump should rethink what he said in the past because people don't like what he said and they are mad.

It seems that immigration has a huge impact in america today.

We need to stop Immigration in mexico coming to the US