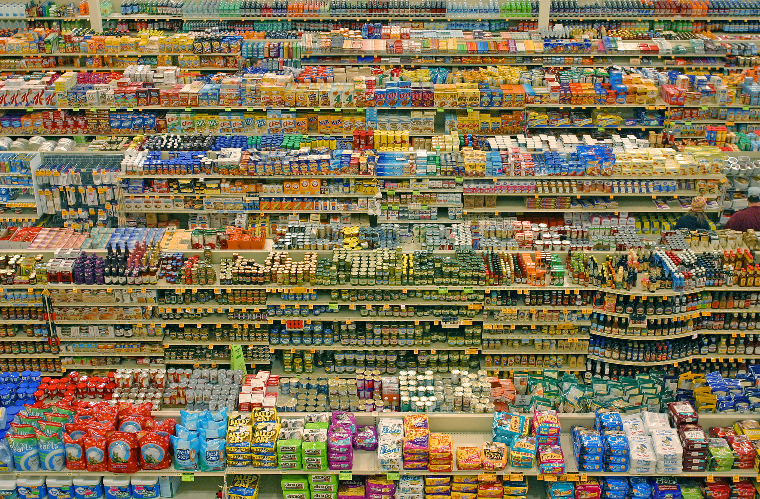 Dear next President of the United States,

There is no denying that the United States’ food industry is broken. Big companies have taken over our food, manipulated our concept of it, and have hidden their nasty truths from public awareness in order to make more money. The big companies have warped not only the economy but also the food they sell. The U.S. does not have transparency in the labeling of food and the contents of the packages still don’t tell the whole story while falsely advertising their product. As a developed country, we need to be aware of these problems and seek explanations. We need to fix those big companies' labels that lie right to our faces.  Currently there are no laws that require food companies to label products as having been genetically altered. Our problem is that these companies are benefiting monetarily from the consumer's trust and ignorance. As President, you have the ability to influence our society by also demanding to know what is in your food. By doing this, you will contribute to the transparency of the food industry. The more the consumers are informed, the more likely it is that the industry will change for the better. While this may not seem important to some, in reality, this affects every citizen's daily living. Genetically Engineered/Modified (GE/GM) foods have been proven to create allergic reactions due to the genes from other allergens being injected into the food. Also, processed foods such as refined wheat flour do not contain all of the nutrients that the plant contained originally. These whole nutrients in their original form are necessary to our bodies since nutrients work together to maintain a healthy system. If a few nutrients are removed, some functions that are required for the body cannot be completed.

Many countries have found Genetically Modified foods to be so questionable that they have made it illegal to produce or import. The U.S. sells this experimental "food" (GMOs) around the country with no concern for the health of its people. According to Sustainable Pulse, a website that informs readers about the GMO controversy, 38 countries globally have banned genetically modified crops. However, The United States today still has very weak labeling laws and they sell this science lab experiment to the whole, ignorant country for a cheap price with barely any sign of difference between the real and manipulated. The United States is a very modern and progressive country with cutting-edge technology and a strong government. Why do we still allow this dangerous and questionable food into our system? Thirty eight other countries have already found them dangerous or suspect. As evidence, an article by Sustainable Pulse states, “many countries have recently started to put in place regulations to protect their population and environment from the environmental and health damage caused by GM crops” ("GM Crops").  Why is it then that our country is not protecting its population?! The United States needs to step it up and either study GM foods to prove they are safe, or ban them from our markets.

Mark Bittman’s article, “G.M.O. Labeling Law Could Stir a Revolution” gives insight into the inner processing of the food industry which most often conceals the truth from their consumers. Bittman also tells consumers how to look out for themselves and look for the truth behind their food. The big food companies want to conceal the truth because if the consumers knew what their "food" was made of they wouldn't want to buy from them. Our people need to know what they are putting into their bodies at all times. Since companies are concealing the truth, there must be something terrible and shameful they are hiding. Why would anyone eat potentially hazardous foods? Probably because they don't know the risks and that the food is potentially hazardous. They don't know the truth and many of them are stuck in this food monopoly.

Big companies have falsely advertised their products to persuade more people to buy their food. Michael Pollan’s article, “Why ‘Natural’ Doesn't Mean Anything Anymore” considers the word “natural” and how it is used when describing a product. Companies are being sued in federal court for misusing the word “natural” on their food. Pollan’s article states, “During the past few years, some 200 class-action suits have been filed against food manufacturers, charging them with misuse of the adjective in marketing such edible oxymorons as ‘natural’” (Pollan). This is just one way that big food companies are swindling lazy consumers that don't look deeper into their food. In the future, I will look deeper into my products to see if the “all natural” label is truly describing the product inside, and I hope you will too.

This topic is not well known to the public, yet it is of utmost importance. In November 2015, a ballot measure was defeated in my home State (I-522) that would have required the labeling of foods that were modified genetically.  Unfortunately, the initiative was defeated after the big food companies scared the voters  by telling them that if this passed food prices would have increased due to re-labeling costs (which is ridiculous because companies change their labels all the time to attract new costumers). If we keep standing up and voting , we can get the food companies to back down.

The big food companies love that people are ignorant. If each person is aware and self advocates, we can turn the system around. As a country, we have to make the right choices about our food. You, Dear President, can lead others to ask questions about the food they eat too. Please, I ask you to make a federal law that protects our rights to know what is in our food instead of protecting the big food companies. I hope you do take action because this is a topic that must be addressed because it affects the livelihood of your citizens.

Thank you for taking the time to read this letter,

health food gmos food industry natural
Published on Oct 27, 2016
Report a problem... When should you flag content? If the user is making personal attacks, using profanity or harassing someone, please flag this content as inappropriate. We encourage different opinions, respectfully presented, as an exercise in free speech.
West Seattle High School

The Issue of immigration is important because Many refugees are coming here to make a better life and nd have freedom.

These employers make the illegal immigrants work in terrible conditions, with low pay and no benefits.

We shouldn't have chemicals in our food (GMOs, GE crops, MSG).

Health Care in the United States

What is your health care?

Health care is helpful and important. However it is personal choice to get insurance or not.