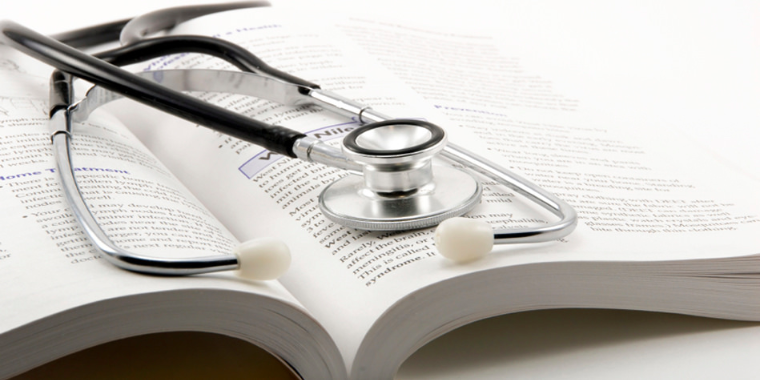 A half of million dollars. What would you do with that money? Some people would buy a house, a really nice car, or even travel around the world. Some people would spend it going to medical school so that they can help to improve people's health and save lives. For those people that want to go to medical school the idea of half of million dollars seems more like a curse than a miracle. It’s the debt that they have. The debt they have after giving up a social life and perhaps even building a family so they can spend at least eight stressful years in school to attain their dream. This dream of theirs, however, is not a selfish one. It’s a dream that strives to keep our society healthy. As medical students give up almost everything to pursue the path of medicine, the price to attend is becoming a big problem.

Please consider the future of our country’s healthcare. We need to have the workforce, especially the doctors to care for our growing and aging society. We need more physicians to provide the healthcare needed. It makes no sense to have qualified students who want to go to medical school reject their dream because of the cost. We have to find a way to make medical school more affordable so that the number of US physicians can increase to the levels needed now and in the future.

I think about that debt almost everyday because ever since I was very young becoming a doctor has been a goal of mine. My mother and grandmother are nurses and I have been exposed to the medical world for as long as I can remember. The only doubt that makes me hesitate to strive towards this goal is the stress of the long schooling in the face of all the debt I will come out with. According to the Healthcare Blog, “Today, 60 percent of all medical students come from the wealthiest one-fifth of all U.S. families. Another 20 percent come from families lucky enough to be on the fourth step of a five step ladder.” This is concerning to future doctors and keeps many who have an average or below average family income from pursuing a career of medicine.

Imagine working 48 hour shifts on only a handful of hours of sleep. Imagine working and trying to learn while being responsible for people’s lives. Well, this is the ridiculous life of a medical intern. An American physician spends an average of 14 years training for the job: four years of college, four years of medical school, and residencies and fellowships that last between three and eight years. The years of being a medical intern are where some of the highest stress levels are recorded. Stressing about the next test, your patients health, your sanity. On top of all that you are stressing about your debt. It is nearly impossible to take a second job to help support you or a family because medical school, internships and residencies require your complete time and attention. According to the website Outstanding Colleges surgical interns make about 47,000 dollars a year. How are you suppose to be able to support for yourself (and possibly a young family) and attempt to pay off your 500,000 dollar debt making only 47,000 dollars a year?

Some might say that doctors make a lot more money than the average worker so they can afford to pay off the debt. I would say to them that doctors don’t achieve the higher paying jobs until after at least 14 years of schooling and training! People that go to school for only four years before entering their career have a lot more time to get advancements, raises and benefits. Also, they are better able to start a family earlier than someone entering the stressful life of medical school.

There are not enough doctors in America. While some cities have all the doctors they need, many rural and poor urban communities are lacking. It’s easier to make more money in a big city which makes it easier to pay off the big debt. Boise, for example, lacks enough primary care physicians as well as many specialists. According to St. Luke's Hospital in Boise there is a 6-8 month wait to get in to see an endocrinologist or rheumatologist. How are we going to attract more people to the field of medicine, especially into the communities that need them when there is so much debt to worry about after medical school? Emily Hause, a writer for Kaplan explains “According to the AAMC, in 2013, over 48,000 people applied to medical school in the U.S., which was a record number! Of those nearly fifty thousand applicants, just over 20,000 (20,055) of them matriculated into their first year of medical school. This is the first year that medical school matriculations topped 20,000!” Is this a miracle? 20,000 doctors? That 20,000 doesn’t even count the drop outs. And what is holding people back? Price. Price and the intense schooling is the number one cause for people who decide not to go to med school.

Even though there are many reasons for the problem I outlined, I’m writing to you because I hope that you can make a difference by using the government. I read a paper by the American Association of Medical Colleges called The High Price of a Dream Job A Four Year Look at the Rising Costs of Medical Education, Funding, and the Role of the Medical Student. It listed several things that currently help medical students with the price of school. Those things are mainly at the university level and I wondered how this country can make those university efforts even bigger so they can help even more. Then I realized that the government has a lot a power to make a difference in our country just by making changes in taxes. So, I’m asking you as our President to help motivate the private and public medical universities out there to help medical students avoid impossible debt. Please give the schools big tax breaks for holding twice yearly fundraising campaigns with their alumni and wealthy benefactors so that needy medical students can be sponsored. Give them huge tax breaks for agreeing to hold tuition rates for medical students steady without inflation for as long as they are enrolled. Give them gigantic tax breaks for offering loan forgiveness to students who commit to being a doctor for a number of years after graduation to the needy, doctor poor urban and rural areas. Also, I ask that you make the great need for more physicians in this country and the high price of medical school a part of your State of the Union Address for each of the remaining years you are in office. That will help get the word out and maybe help inspire others in this country to come up with more solutions. Please listen to solutions like the ones I mention and any others that come your way. Thank you for listening.

Education Costs medical school health
Published on Nov 2, 2016
Report a problem... When should you flag content? If the user is making personal attacks, using profanity or harassing someone, please flag this content as inappropriate. We encourage different opinions, respectfully presented, as an exercise in free speech.
East Junior High