Imagine if you were a black man, and you were getting interviewed for a job and you don’t get it because you are black. Well that’s what is happening to black men and women all over the country. My name is Sage, and I am learning about Racism in America. Because I want to find out whether Black people are getting treated differently than other races. We need you to change the way things are in the United States. People may say that most crimes are caused by Black people but in reality that isn’t true. People say that because they listen to stereotypes, and are gullible. People have been racist and discriminatory to black people with jobs, and especially with racial profiling and officer involved shootings. Racism in America is getting bad, and think that you the next president should put more effort in making the justice system equal. If it's putting a more variety of races in juries or having different races of judges.

Jobs and Black people in America are a lot of what is contributing to the racism in America. According to the Huffington post it states, “black job applicants are being turned away by U.S. companies under the implicit assumption that they are using illegal drugs” (Strachan). This is really crazy because I bet Abraham Lincoln didn’t fight to free the slaves, so that their decedents would have to deal with this. Also, according to townhall.com, the racism in America is systemic, And that black people aren’t getting as much resources as other people because they are black (Racism in America). This is i,portent because everyone should get paid based on how well they work, not on how they look.

Black people get racially profiled and targeted by police, which leads to unarmed police shootings. In a lot of cities there are cops that just do things based on race, which is unfair and needs to change. You should encourage police departments all over the country to try to find the cops that do that so that they can be fired or retrained properly s everyone is treated safe and fairly. According to dosomething.org, “After being arrested, African-Americans are 33% more likely than whites to be detained while facing a felony trial.” This shows that the justice system is racist and that the racism in America is systemic.

I am convinced that racism in America is happening, and its not getting any better. Not only me but also everyone in the United States is being affected by all the shootings on the news, and all the protests that have been happening. Being the most powerful person in the world, you should be able to help and try to do something about all this madness. I just want to end on this quote by Martin Luther King Jr, “I have a dream that my four little children will one day live in a nation where they will not be judged by the color of their skin but by the content of their character”. I really have a similar dream and hope when i'm grown up i'll be in an equal country. Thank you so much for reading this letter and I hope to see things change. 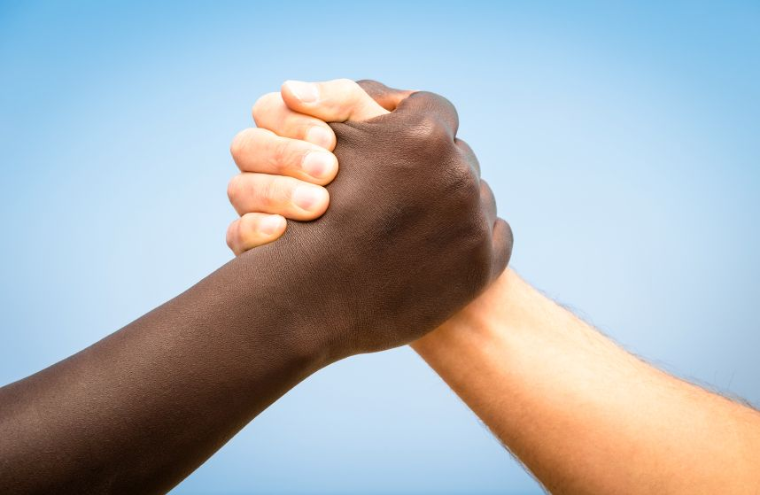 Hundreds of millions of people nationwide are struggling due to world hunger. This issue is ruining lives and causing many children to become malno...

Police brutality is when a cop does something to an other person for no reason.

The Increase of Police Abusing Their Power

In recent years there has been a rise in police brutality, especially towards the African-American community. We ask that something be done.

How long until another death causes a protest?