Pollution is and has been a prevalent issue in the United States. To be specific, several cities in several states have large amounts of air/water pollution, causing things like smog and dirty water. My question today is: What will you do to clean up America?

According to activesustainability.com, The United States is one of the top 5 most polluting countries. But I feel that with proper reform and regulation, we can reduce this and cause less pollution. Also, according to news.stanford.com, engineers have created a 50-state plan to convert to renewable energy. Will you implement this, or come up with something better? Renewable energy would be the best and safest alternative to fossil fuels, without causing much to any carbon emissions.

According to conserve-energy-future.com, Renewable energy has many benefits economically and environmentally. The largest issue these changes present is that the businesses that make money off of fossil fuels would not be able to sell their goods anymore, but I have a solution for that too. I propose that they are supplied with the money and materials to begin the creation of a renewable energy farm of some kind, as opposed to a coalmine. Hopefully, this will save many people from being put out of work.

Also, there are some cities in the US that have much more pollution than others. According to bgr.com, a majority of the most polluted cities in the US are in California. This means that if we can’t implement a 50-state change, we should at least find a way to reduce California’s pollution. For this, I suggest that windmills are created in the rural regions where most of the pollution is, in order to convert to renewable energy and potentially thin out the air pollution in the area.

Finally, even though many do not believe that climate change/pollution is a large issue in America, will you make the right decision about it regardless of the party lines? Because there are many studies that lead us to believe that there are potential disasters that the Earth may face if we allow renewable energy to be shot down by uneducated congressmen. I think that after all of the issues in places like India and China, it would be preposterous to ignore the negative impacts of fossil fuels and continue down this potentially destructive path. In conclusion, I strongly urge you, our next president, to take a stand against the hurt that we are causing to the environment, and protect our future generations. 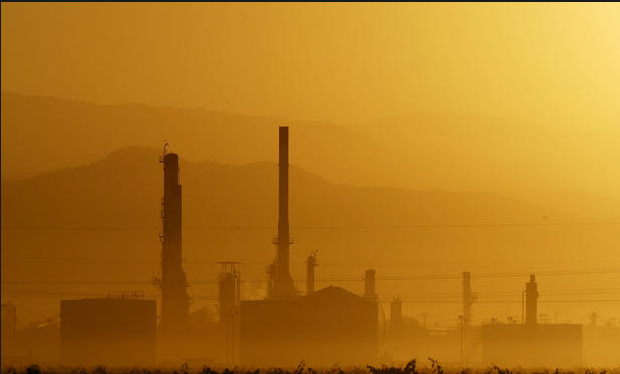 Bakersfield-Delano, California, where the smog is visible.

climate change fossil fuel pollution environment
Published on Nov 29, 2016
Report a problem... When should you flag content? If the user is making personal attacks, using profanity or harassing someone, please flag this content as inappropriate. We encourage different opinions, respectfully presented, as an exercise in free speech.
Pattonville High School

I'm writing about why we need to prioritize our nation's infrastructure.

How it feels to be trapped in your mind.

We as a nation need to take in mind that our mental health matters to.They don't realize what people feel daily fighting themselves alone if they'r...

The problems with stricter gun laws in America and the way to fix it.

Popular entertainment outlets neglect the hardships that minorities face, opting for the flashy and comical outlook it has for oblivious and impre...

letter to the next presedent

A letter about the importance of conserving the environment.