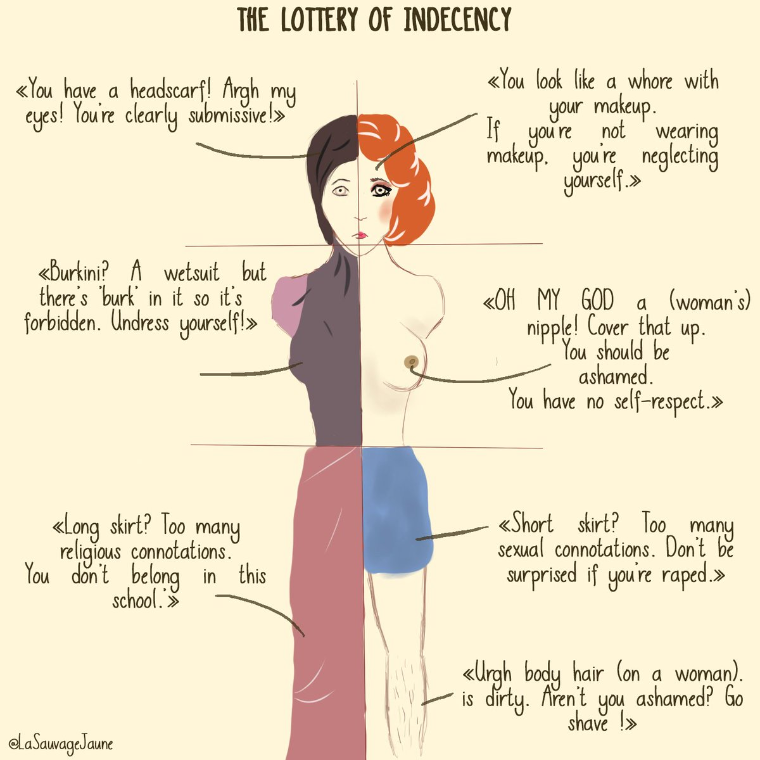 On September 11th, 2001, a terrorist group attacked the United States by highjacking two planes and crashing them into the Twin Towers. Ever since then, the world has been fighting for justice and Muslims have been fighting for their lives. Many people blame all Muslims for the actions of terrorist groups, Al Qaeda and ISIS and over the years developed an illness now called Islamophobia. Because of this, many women have chosen to take off their Hijabs (headscarves) and I am reaching out to you to help me out with stopping that.

Being an American citizen and not welcomed in America is one of the many problems I as well as others have to face in this world. I have been studying the constitution since the fifth grade but ever since 2012, I have been questioning if what I learned has actually helped protect the U.S. citizens. Although every citizen in the United States of America has the Freedom of Speech, what they haven’t realized is that they also have the Freedom of Religion. But that has made many Muslim parents scared for their children, especially their daughters because most of us wear the Hijab and at times like this, it is dangerous to even arrive at school. It has come to such a horrible time for the Muslims that many parents are asking their daughters to remove their scarves forever. And this is a problem for all of us.

How am I supposed to call America my home when my fellow Americans want me out of the country? How are my family members, friends, and acquaintances supposed to live comfortably when they can’t go to work or their Mosque or their school because of all of the hatred many people have towards us? We live in the 21st century where women are presidential candidates and gays can get married. So why do I feel like we live in 1900’s where women can’t vote, blacks are slaves, and gays are not allowed to come out as whatever they believe themselves to be. I feel trapped in a history loophole because of many people's’ mentalities and it disgusts me.

According to Time Magazine, at least 6 Mosques in New York have faced bitter opposition just this summer. This is exactly like the 60’s when blacks had protested in the streets to get rights and had their churches to get burned down. To have two of the most respected speakers, MLK and Malcolm X assassinated because they spoke the truth and the ones in the wrong didn’t want them to exploit it. I am talking to you to help stop that.

No one should be ashamed for their religion nor their ethnicity and I think that the way that the world is heading to nowadays is not a very safe place. Many women and young girls are taking off their choice of modesty and unity because of harmful people. Coming from Zaytuna College Blog, many European countries are not allowing Muslim scarves to be placed on women nor Mosques to be built in certain areas. There are consequences to those actions such as forcefully removing the scarf off of the females head and arrests for worshiping in Mosques. These rules started to be put into place after many refugees from Middle Eastern countries had escaped from the civil wars going on in their homes.

Didn’t we as America, land of the free, home of the brave start off as a bunch of immigrants trying to escape from European ruling? So why is it that we haven’t opened our arms to those Muslim women, men, and children? Why haven’t we put up punishments for people who do such horrid things to others just trying to practice their religion? Why haven’t we acted as the land of the free and the home of the brave? In an issue claiming that Islamophobia in America is very real by Teen Vogue, it states that because many people live on the freedom of speech aspect of everything, they forget the freedom of religion. That women are forced to take off their Hijabs and that’s not okay.

So I ask you future president, what will you do to stop the hate crimes? What will you do to keep the fair justice rulings and the freedom of religion portion of the first amendment? Because I know that I will keep signing petitions and keep protesting to get my equal rights. Will you?

religious freedom islamophobia civil rights
Published on Oct 31, 2016
Report a problem... When should you flag content? If the user is making personal attacks, using profanity or harassing someone, please flag this content as inappropriate. We encourage different opinions, respectfully presented, as an exercise in free speech.
Avondale High School

Schools should be equal and every kid deserves an equal chance. Inequality in schools is not fair because other students are getting better opportu...

America Needs to Get a Clue About International News

How the lack of international news in America is hurting the U.S. And how it can be helped.

Pro-Choice Is The Right Choice

Abortion is a safe way for women to terminate a pregnancy and the government should not be able to tell women if they can or can't have an abortion.

There are over 400 thousand children in the foster care system. Despite the dramatic amount this number continues to increase every year.