I believe that the justice system should treat people of all skin colors with the same equality.

In America today, there are so many problems with our society- one that is especially bad is police brutality. Police target people of color more often than white people. According to mic.com (a news statistics website), a black person is three times more likely to be shot than a white person. Washington Post noted that only six percent of our nation is made up of black men. They went on to say that as of August 2016, 40% of the 60 men harmed or killed by police, were black. This shows that a larger percentage of people of color are at risk in the U.S. - even though their population is much smaller. These actions make it clear that the inequality in our country is a major problem.

Recently, in Charlotte, North Carolina, there was a shooting between a police officer and a black man. The man was in a car and appeared to have something in his hand, it looked like a gun, but his wife (who was outside of the car), said otherwise. "He doesn't have a gun. He has a TBI (traumatic brain injury)," Rakeyia Scott says. "He's not going to do anything to you guys. He just took his medicine."(Quoted from his wife, from a cell phone video, released through CNN). As this happened, more police officers surrounded the car, yelling at the man to get out. When the officers tried to break a window, the man then decided to exit the car. As soon as he did, he was shot four times. He didn’t get to say anything or react. The shots were immediately fired. This shows, once again, that police brutality is a problem and something needs to be done.

If you become President, you must stand by my idea of equality for all. The facts and points I touched upon are important and crucial to understand. To help this problem, there are solutions and actions that can be taken. One idea would be body cameras for police. Congressman Adam Schiff says, “It would create clear records of police activity,” (adapted from opposing viewpoints in context). It is said that the cameras can help the community have confidence in their police force if they can see and understand for themselves what really happens when guns occur and shootings happen. So therefore, body cameras could benefit our country and prevent lost lives and misunderstandings.

To be chosen as the President of the United States, there are a few expectations that need to be met. You need to listen to what the people have to say. Take into consideration that everyone matters and everyone has a voice and an opinion. If you do this, people will have more confidence in your decisions - you will be an inspiration. You should talk about the future - what do you want to succeed? What needs to change? How will you do this? The more you talk about how you will positively contribute to our country, the more people will respect you and want you as our leader in power.

Thank you for reading and making an effort to make a positive impact in the United States of America. 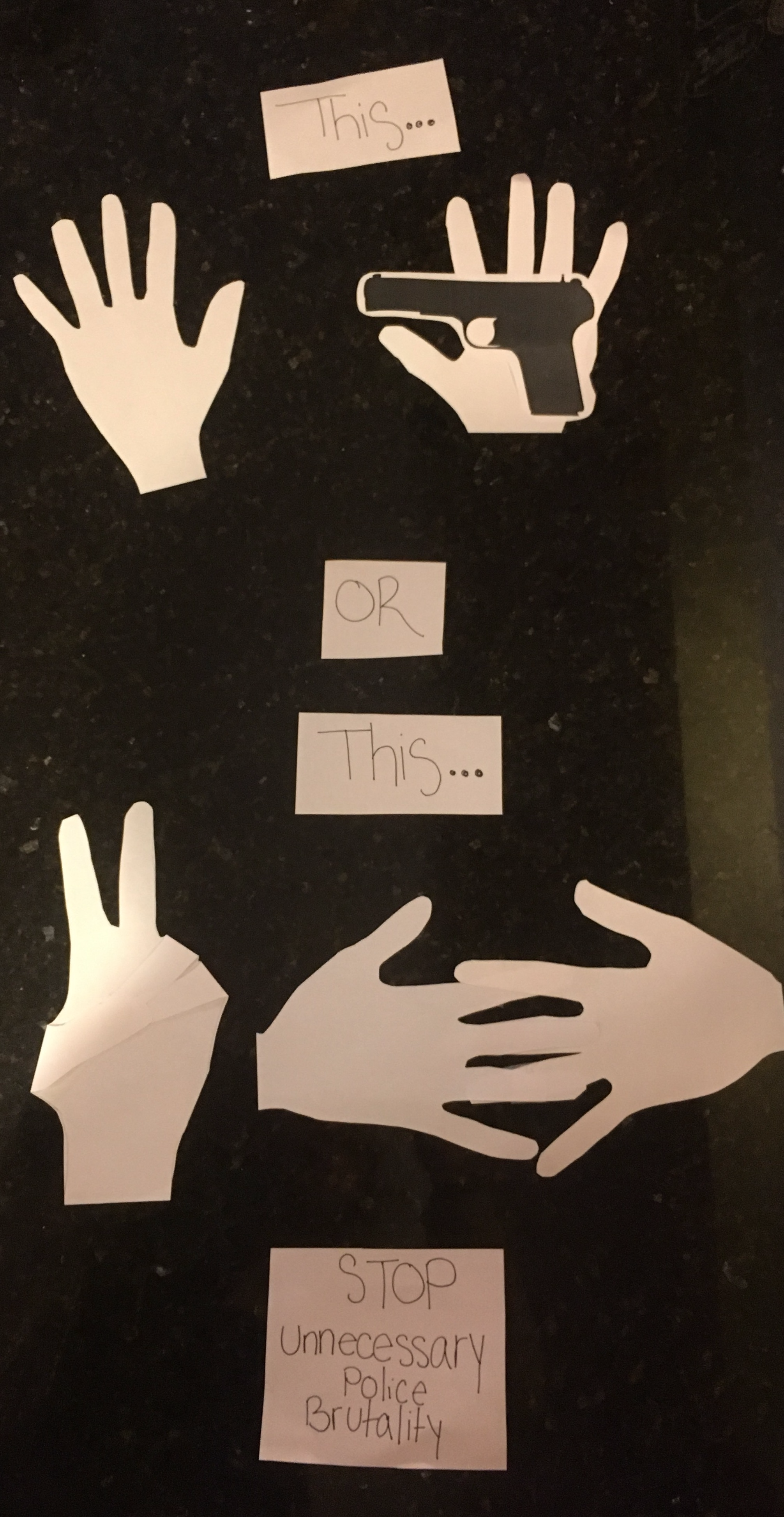 equality police brutality
Published on Oct 6, 2016
Report a problem... When should you flag content? If the user is making personal attacks, using profanity or harassing someone, please flag this content as inappropriate. We encourage different opinions, respectfully presented, as an exercise in free speech.
Shelburne Community School

Everyone deserves to be treated with equality and respect.

9/18/16 Dear future president of the United States, Millions of women around the world do not make the same amount of money as men do. Did you...

Equal Pay is a Right

This is a letter about the issues of equal pay and why you should care.

Drunk driving is a big problem in the United States, so here are some solutions.

Not enough is being is being done about homelessness in America. What will you do to change that?

Why We Need Gun Control

More and more mass shootings are occurring and we as a country have done nothing to stop them. This needs to change!

This letter is about the issue of police brutality. It gives reasons on why this issue is so important right now and how to fix it.