I understand that there are many major issues in the United States today. LGBT couples having adoption rights is a concern of mine. Around 40% of all adoption agencies are 83% public to gay and lesbian adopting. Same-Sex couples in all states can grant adoption rights, but not including Mississippi. The five states in the United States that allow gay and lesbian adoption are Massachusetts, Connecticut, Vermont, New Hampshire, and Iowa. In these states, same sex adoptions are considered to be legal parents of a child from the time of birth. Just like a regular married couple. If a same sex relationship divorces or no longer contact, the dilemma of second partner’s rights is a problem. The judge acts as if the second parent is a complete stranger between the child and the first parent. Giving the first parent all rights to keep the child. Second parent adoption isn’t legal in all states. According to U.S. Census Bureau, the number of children being adopted by same sex parents has doubled since 2000. One 33-year-old man with a lesbian mother told Goldberg, “I feel I’m a more open, well rounded person for having been raised in a nontraditional family, and I think those that know me would agree. My mom opened me up to the positive impact of difference in people”. Only four percent of adopted children and three percent of foster children in the U.S. are living with same sex parents. ON the 6th of January, Rick Santorum told New Hampshire crowd that children are better off raised by fathers in prison then a same sex parent.(http://www.livescience.com/17913-advantages-gay-parents.html). Live Science states “Gays and lesbians are likely to provide homes for difficult to place children in the foster system”. With this statement being said, I would really appreciate if you, future president, would look further into this situation. For one make it more known, and to also give the foster children a better environment. No matter what sex or gender. 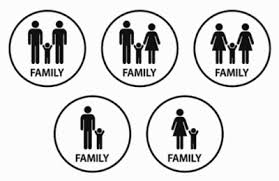 lgbtq rights
Published on Oct 20, 2016
Report a problem... When should you flag content? If the user is making personal attacks, using profanity or harassing someone, please flag this content as inappropriate. We encourage different opinions, respectfully presented, as an exercise in free speech.
Oxford High School

My name is Emily Jemison, and the issue that I have today is concerning police brutality. A police officer has a responsibility to uphold the law a...