Pollution has become a huge problem in our country over the years. It doesn’t only affect one person, it affects everyone in the U.S. It can cause health problems, and can even cause death. I want you to be able to fix this problem by making a new law that concerns the lives in this country.

Early on in the 18th century, many people were getting sick and dying because of the amount of pollution. This was about the time of the Industrial Revolution. During this time, many buildings, factories, and other houses were being built. With all of this being done, the construction areas became very dirty and all of that dirt and filth spread and affected the people living nearby. In 1948, Pennsylvania had a huge air pollution problem. It made close to 7,000 people sick and some even died. A few years after the incident in Pennsylvania, the Clean Air Act was made in 1970; two years later, the Clean Water Act was created.

According to the DeNOx SRC Reactors, About 100 million people are affected by pollution all over our country and all over the world. In the U.S, smoking is one of the main causes of air pollution and about 20% of people get lung cancer from the unclean air. Air pollution is the most common type of pollution in the U.S. Unclean water is also a huge problem all over. About 5,000 people in a day die from drinking the water. Overall, 14 billion pounds of garbage is being thrown out every year by Americans which can add up over the next few years if we don’t change the way we handle our waste.

To help our country improve our environment, we should learn to pick up after ourselves. You as the president should make a law that enforces all families to not waste as much, and clean up after themselves properly. To eliminate the amount of garbage we use, families can compost, which uses about half of what we are throwing away annually. New ways to prevent air pollution should be invented so we can all be able to breathe clean air.

In conclusion, I believe pollution is one of the biggest problems in America today. This problem needs to be fixed within the next four years because if not, our country will become a disaster. By being more strict about the amount of waste being made, people can cut down on what they’re wasting. The new law you are going to make will make our country great. 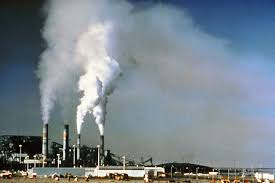 pollution
Published on Nov 2, 2016
Report a problem... When should you flag content? If the user is making personal attacks, using profanity or harassing someone, please flag this content as inappropriate. We encourage different opinions, respectfully presented, as an exercise in free speech.
Henry Sibley High School

Most immigrants try to cross the border and they die trying, leaving their family and dreams behind.