Congratulations! You won! I have a few proposals. They include Animal Abuse and Animal Cruelty. Animals are very sensitive and they have feelings yet, people treat them like they're an item or a toy to play with. SPACs Kill animals when shelter get too crowded. It's not right that animals wait so long to get adopted but then they get killed only because Shelters are too crowded. 2.7 million animals get Euthanized each year. I suggest building bigger shelters and maybe even more around the state.

Animal testing is also not right. Animals shouldn’t be used to test products for humans. Yes some animals are alike to humans but it isn't okay to test on them because it kills them. 115 million animals get killed almost every year due to animal testing. I suggest using testing on animals once then putting them in shelters. No need to keep terrorizing these poor animals.

Animal Neglect should be stopped too. Dog owners and Cat owners get tired of caring for their pet so they end up just not caring for them at all. I suggest, that it becomes illegal that dogs and cats are sold outside of shelters or dog stores, because some people buy the dogs/cats only for the looks and they actually do not care for the dog or cat. 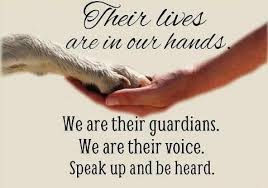 animal abuse
Published on Oct 24, 2016
Report a problem... When should you flag content? If the user is making personal attacks, using profanity or harassing someone, please flag this content as inappropriate. We encourage different opinions, respectfully presented, as an exercise in free speech.
Rahway Academy

Legalize Medical Marijuana in all states for all kids

Teachers in this country are less respected than teachers in other country's. In this argumentative essay I wrote about why teachers should be high...

I am against pro textbooks.

Thousands of animals go extinct every year. We need to support the people who save them!