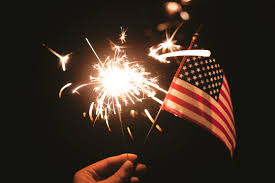 America faces a lot of unique problems in its third century as a nation. Our country needs a leader who is going to address these problems with intelligence and moral courage.

Front and foremost in our country is the issue of police killings of civilians. Every human life is sacred, and the taking of a human life can only be justified under the very most narrow and extreme circumstances. However, members of the very institution whose duty is to protect the sacredness of life are guilty of treating it with disregard by killing civilians again and again. Videos of such killings have revealed what the vast majority of Americans have in the past denied: police kill unarmed black males who do not present an imminent threat to public safety. This shameful epidemic in law enforcement has no place in a civilized society period, and if it continues it threatens the unity of the country. Our next president must be willing to face this issue with zero patience for arguments that justify the killing of any civilian unless he or she poses an imminent and serious threat to public safety.

As suggested, by successfully addressing this issue, our next president can in turn address another. Namely, the issue of polarization in our society. Our society is divided between the elite and the masses; the privileged and the disadvantaged; the rich and the working class; the white and the colored; male and female; young and old. Everyone everywhere seems to characterize America by its divisions, and not a commonality. Our next president needs to nourish our common ground, which can only be done by placing all Americans on a common ground with fair opportunities for all, not the few.

Finally, our next president has to understand that Americans in a global community and we cannot ignore the world outside our borders. Nor can America afford to antagonize it. For too long a simple truth has been forgotten by American foreign policy makers. And that is violence begets violence. America has to commit itself to becoming a leader of coalitions of peace, and not a leader of war coalitions. If it does not, the violence in the world will only increase and eventually swallow even more American lives.

The challenges I discussed are deep. The solutions, I admit, are far from easy. However, every problem is an opportunity to better ourselves. If the next president embraces that opportunity he or she will also be embracing greatness.

police brutality rape
Published on Oct 12, 2016
Report a problem... When should you flag content? If the user is making personal attacks, using profanity or harassing someone, please flag this content as inappropriate. We encourage different opinions, respectfully presented, as an exercise in free speech.
Ripon High School

To the Next President

Issues the next president should be concerned about.

The citizens of the United States expect a great president to exemplify us. To achieve this their are certain expectations the president must reach.

I wrote about what the characteristics of what the next President should be.

A topic that has been taken the world by storm. It needs to be fixed ASAP. Innocent people are getting hurt.

Our justice system is fixable.