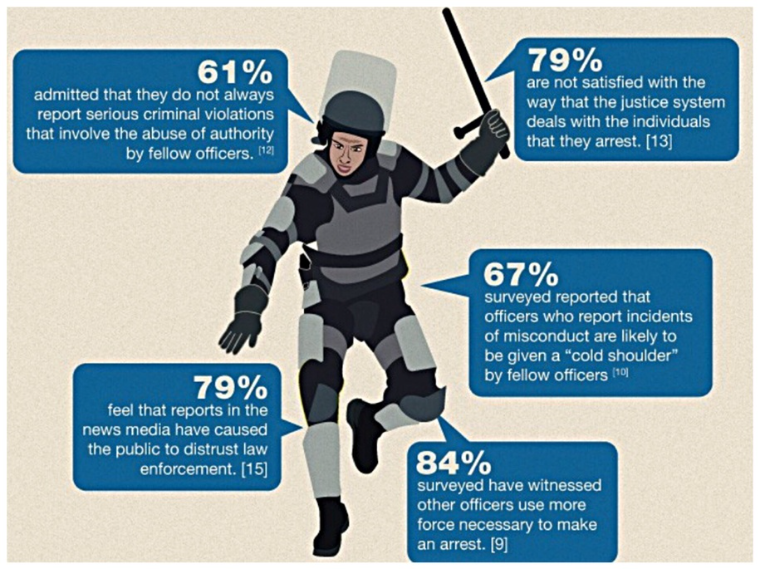 I think that police brutality has been going on as long as we have had police and law enforcement. Police are people of the law who are supposed to protect the people and enforce the law on the wrong doers. They are supposed to be someone who you can rely on and feel safe around. They are not supposed to harass people in anyway. They are supposed to be there for citizens when they are in need. But that's not always the case. There are good cop and bad cops. Not all police are made equal. Police brutality has been an on going problem for many years. The reason why you might have never heard of it until recently is because it has never been recorded or reported. Social media and new technology has increased public awareness about this issue. People are recording the officers and showing them online for the world to see. In the past, when there were no forms of social media or cameras, people only had their voice and no actual evidence. But now since there are many forms of social media, officers who are abusive and not following the rules are getting exposed. The abuse is not a new thing. Its just now being recorded and shown to the world. But not all cops are bad. There are many good cops, but we don't see it often because it not being shown on the media. The media only shows you want they want you to see. Sometimes they bend the view you see, versus what you would really see. The media wants viewers, so they will show you all the bad stuff, like police shootings and officers beating down on a innocent person. They show this instead of a officer giving a helping hand to a citizen who's are has been broken down. It's a one-sided point of view. It's up to you to look at both sides and how you choose to see things. It also comes down to the reason why the shooting happens. The man might not be so innocent. But the news outlets will not tell you that.

media public distrust police brutality
Published on Sep 21, 2016
Report a problem... When should you flag content? If the user is making personal attacks, using profanity or harassing someone, please flag this content as inappropriate. We encourage different opinions, respectfully presented, as an exercise in free speech.
Pleasure Ridge Park High School

Marijuana can be medically beneficial to help people with many diseases

Education is very important, and I want the best for my future. In order to do this we need to create strong education policies.

Marriage Equality is a bit of a touchy subject, but is it really a bad thing?

my story is going to be about why guns are bad . because we are harming other people.

Some people can use guns wisely. most of human society can't use guns properly. I type this letter to inform you of gun control. You should conside...

Citizens are not educated regarding vaccines

There is a lot of police brutality that has been going on lately.