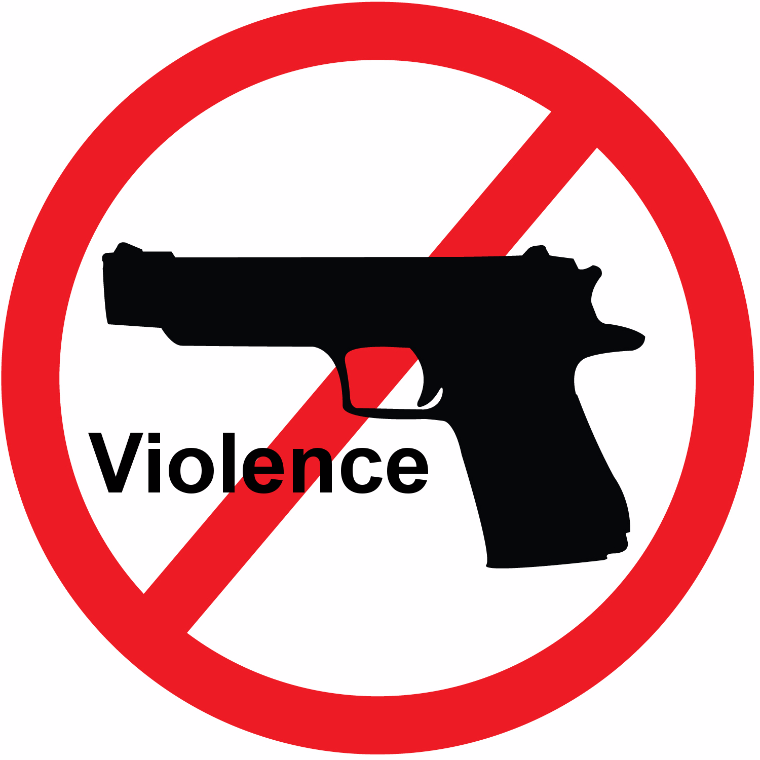 The constitution is an important document used to uphold the rights of our citizens. One of our more controversial amendments is the second amendment, it states “the right of the people is to keep and bear arms.” In theory, that sounds great; you get the right to protect your home and property with a firearm. But with all of the recent violence there needs to be limitations. When you risk the lives of the people there needs to be a moment to step back, and think about the betterment of our society. The number of incidents related to guns in this year, 2016, alone has been 42,141 and still counting, 50% of all suicides are done by gun, and minorities are more likely to be shot as a result of hate crimes.

Part of the reason gun related crime is so high is because it so easy to get one. In some places it's easier for a minor to get a gun then a pack of cigarettes. In fact, in Louisiana you don’t need a permit to purchase a gun, register a gun, have a licence, or even carry your permit if you had one.

The fact that we have so many people commit suicides in America is a problem in it of itself but the fact that so many have done it by guns is another. It all goes back to how easy it is to acquire them. I'm sure if you took away such an assessable weapon the suicide rates with guns, and in general, would go down. Politicians are always so ready to accuse the mass shooters of having a mental illness. In every big case it always comes up, that you'd think they would do something about it.

Actually the only time we talk about gun control is when a mass shooting happens. I still remember the day when the Connecticut shooting, that took so many children's lives, happened. And most recently the shooting in Orlando that claimed the lives of 49 of my fellow lgbtq+ brothers and sisters. When will seeing the faces of people's loved ones, crying and broken, get old. And it comes in cycles. It gets its 15 minutes. It’s on the news for a week or two. Everyone talks about gun control. Then what? Rarely any strives for improvement are made and nothing fixed. In both of these places it should, and usually is, a safe place to learn and be yourself.

Minorities are at risk for hate crimes. Whether its sexuality, race, or gender. With guns around and authorities, and just some people in general, that abuse the privilege of being armed it can be very dangerous. The New York Times found that, in 2014, the LGBT+ community was more likely to be targeted. And the type of attack was usually with a gun. And with all the shootings of unarmed black men, women, and children, the black lives matter movement is becoming larger. That inspired some change but not as much as there needs to be.

Police brutality is at an all time high. But that is usually due to a racial prejudice in our officers. That's not to say that all police officers are to blame for the shooting of people, In some unfortunate cases, it is a necessary part of the job. But the sheer number of civilian deaths is astounding. Because of our history of racism in America it's possible to still have pregitices for people of color. We also train them to treat everything as a threat.

So what can we do? For starters I want to make this point. In Australia there hasn't been a mass shooting since 1996. Do you know why? They banned guns completely. Since 1996 there has been no massacres. But, because of the attitude we have of the second amendment in America we won't have that anytime soon- even though one of the main reasons for not banning guns is because they don’t think we should change the constitution even though it's been changed before, but I digress. What we need is to make sure that the wrong people don’t get them. I know this is a law in most states, but we need to do serious mental evaluations. I also believe that it should be much more difficult to get a gun. Like in iceland where you have to do medical examinations and a written test. We can definitely learn from iceland,seeing how it ranks 15th in the world in terms of legal per capita gun ownership while still retaining a low crime rate .

But to really make a big change, go write a letter to a local representative. As people living in a democracy we have the right to bring our concerns to people who can put them into motion . I'll leave you with this quote by Dr. Seuss “unless someone like you cares a whole awful lot, nothing's going to get better, it's not.”

(info that I used)

lgbtq rights police brutality
Published on Oct 8, 2016
Report a problem... When should you flag content? If the user is making personal attacks, using profanity or harassing someone, please flag this content as inappropriate. We encourage different opinions, respectfully presented, as an exercise in free speech.
Ripon High School

Dear Future President, I think that you should be honest, patient, respectful, and wants the best for everyone. You should not be racist or judgme...

Dear, Next President, Our National Debt is a tremendous deficit in our Country. We need a President and staff that needs to know how to ...

You, the next president, need these characteristics to be a great president!

I think that the laws for allowing someone to purchase a gun should be more strict then they are now. We should be able to trust anyone who buys a ...

Why isn't medical marijuana legalized in all states in the USA?

How can we trust our police if innocent people are being killed?