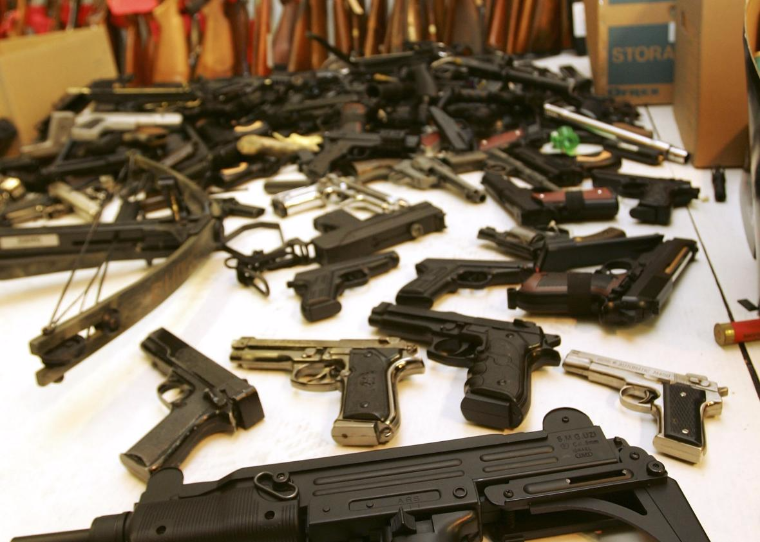 I am a resident of Miami, Florida and one major concern that we have down here is the use of guns, not only do people with gun license have guns but also the people without licenses some how have access to guns also.

There is many things wrong with this and these problems need to be fixed, first off there are many people with gun licenses in Florida. For people to have a gun licenses they must have the eligibility requirements listed : must be 21 years of age or older, must be able to demonstrate competency with a firearm. Possible reasons for someone to be ineligible is: not being able to handle a firearm safely, a felony conviction, a record of drug or alcohol abuse and so on.

Now the problem is there are many people who carry guns but do not have a licenses for it, also there are underage individuals under the age of 21 that carry guns. How do they have access to them? Well from my knowledge there are many ways to obtain a gun illegally that are through gun trafficking, theft, and buying them off the streets. These are things that need to be taken care of so its maybe not impossible but make it harder for people to obtain guns illegally.

There are a couple incidents of mass shooting one recently occurred in Orlando, Florida a man who pledged allegiance to ISIS had gunned down 49 people, it was one of the deadliest mass shootings in the United States and the nations worst terror attack since 9/11 authorities said. There are also a lot of small cases where people were murdered by getting shoot, I'd say most these people getting murdered are absolutely innocent.

This is why we need to get this issue under control before it gets worst and decrease the amount of people that continue to get murdered for no important reason. Hopefully as our next president you can try to get this problem under control and save the lives of the innocent citizens of your country.

Thank you for taking the time for reading this

Published on Oct 24, 2016
Report a problem... When should you flag content? If the user is making personal attacks, using profanity or harassing someone, please flag this content as inappropriate. We encourage different opinions, respectfully presented, as an exercise in free speech.
Mourning Senior High School

Dear future President, The economy is need of great help, in the state of Florida especially. As a resident of Florida and a voting citizen of the...

Legal immigrants under a visa, should have the opportunity of becoming citizens after a certain amount of time.