My name is Natalie Spivak and I am a high school senior from Miami, Florida. I attend a public high school, Alonzo and Tracy Mourning Senior High. I am an intrigued member of my community about our education system, especially in the state of Florida.  Education used to be one of the reason people from other countries gathered their belongings and immigrated to the United States. Once a strong feature of our nation, it has degraded to be one of our worst feats. Countries like Finland, Sweden, and the United Kingdom all raced ahead in education and now are ahead than the United States. The US spends most of its money on military materials and jails while countries like Luxembourg, Switzerland, and Norway spend the most of its money (at least 13,000$ per student) on educating the students of the future.

My preposition is to return the academic rigor that America was once known for. Some classes that have an "Advanced Placement" title don't actually test the intellectual capacity of a student, but test their ability to memorize answers and finesse their way to get an A with extra credit assignments that have nothing to do with the actual class subject. Every state in the Untied States should have the same rank. States shouldn't create their own benchmark to test their kids differently. If the kids in Illinois can pass a standardized math test, so can the kids of Florida. Demographic differences does not promote intellectual differences. Eliminating a state rank will promote United States Education as a national ideology. We have one American economy that unites the nation, why not on academics?

With a national rank, Florida will not be considered a state with "the worst public school education," and Massachusetts won't be considered "the best that's ever been." The country will work together in combining a national curriculum that is challenging yet creative and entertaining to keep the kids from getting bored.  Mr/ Mrs. President, I highly encourage that our faith be restored in American education like it has been earlier in the 20th century. Without a solid foundation of good education, the children of our country will deteriorate in skill and intellect. Education tests the mind at a critical and creative aspect. Countries that are ahead in the game will raise magnificent politicians, inventors, and lawyers, while Americans are still trying to figure out how to fix the student loan debt issue without progressing in any other front. 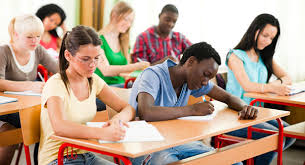 education american issues
Published on Oct 24, 2016
Report a problem... When should you flag content? If the user is making personal attacks, using profanity or harassing someone, please flag this content as inappropriate. We encourage different opinions, respectfully presented, as an exercise in free speech.
Mourning Senior High School

The issue of gun violence is plaguing that streets of America. The results are high crime and murder rates due to easy access of guns. A change nee...

How to Improve the U.S. Economy

Improving the economy is not as simple as following one simple course of action; however, I believe that legalizing the recreational use of marijua...

A letter to the future president regarding the celebration of Columbus day, and its negative effects on our definitions of "hero" and "monster", o...

Summary: We need to fix school lunches and improve our standardized tests.

Foreign Language for all!

We should start teaching foreign language in our public grade schools to children in first or second grade for its many advantages like better ment...