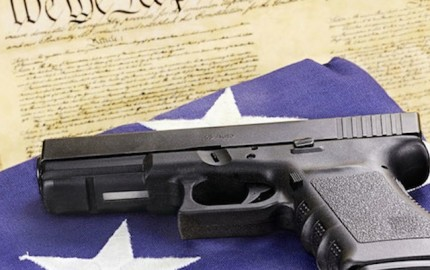 Hi, my name is Trevor G. I live in Louisville, KY. There is an important issue I would like for you to look at. That issue is Gun Control. I would like for us to enforce our current gun laws better than we are now.

My first reason is from 1999 - 2013, 58.2% of total deaths were gun deaths (2.2% of that was unintended and 37.7% was homicide). That is a lot of gun deaths. You could reduce that by enforcing our laws better. Then we as humans could live longer. That would be a wonderful act as president.

My second reason is, everyday 5 women are murdered in the U.S., with guns. Women are an important part in the world. The birth rates would go down dramatically, if you did not fix this. Women could live longer if you do not enforce laws better. Please enforce laws better.

My last reason is that the U.S. has approximately  321.2 million people. If you enforce our gun laws better then that number could rise. That means less people living on the streets because others could have built them houses. That also means more people will be employed. Lastly it means more supporters for you.

I want to thank you very much for taking time out of your very busy day to read my letter. I hope you focus on enforcing our current gun laws that we have now. Also I hope that you love the White House and being president. Congratulations! Thank you again for reading my letters.

gun issues 2nd amendment
Published on Oct 26, 2016
Report a problem... When should you flag content? If the user is making personal attacks, using profanity or harassing someone, please flag this content as inappropriate. We encourage different opinions, respectfully presented, as an exercise in free speech.
NoeMiddle6Pacesetters

Immigrants should be let into the U.S. Regardless of religion or coming illegally.

Global warming is affecting the world dramatically in more ways than we know of right now. If we do not do something about it now, we may never be ...

This piece is about how we should have background checks on gun purchasers to lower the danger of homicide in America.

Immigration needs to be legal and people should have the right to live where they believe would benefit their lives.

Immigration laws in the U.S.