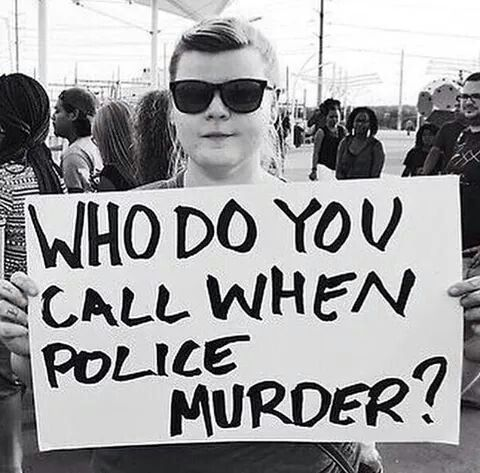 In the case of police brutality, authorities need to stop taking advantage of their badge. To solve this issue, there needs to be a use of force standard which regulates when force should be used. There have been far too many cases of police brutality in America. We need to stop this so we can come back together as one nation because all the violence is doing is tearing us apart.

First off, there is a case where an innocent civilian was affected by police brutality. Daniel K. Harris was 29 years old when his life was cut short by an North Carolina state trooper. This man was deaf, and when he failed to respond, he was shot multiple times and killed. Next, according to The Atlantic, Baltimore, Fort Worth, and Austin, Texas have suffered from police brutality the most and each have payed for this destruction.

This continues to happen because police are taking advantage of their position and think they are above the law. To completely solve this issue, there needs to be a use of force standard, in other words have a clear policy which does not allow excessive force until the dispute gets past a certain point. Police brutality doesn't only hurt some people physically, but physiological as well. This is because some people remained scared after some police encounters, and don’t trust that they will protect them anymore. People can be seriously affected by this issue and it needs to be stopped before it's to late.

The opposing side to this argument, is the police have no choice but to use physical force in these situations. They believe they are obeying the law and doing their job. But most in today's society are corrupting it. I hope with you as president you can stand up and make a change for our society, not only to protect us, but our kids and their kids.

police brutality
Published on Nov 2, 2016
Report a problem... When should you flag content? If the user is making personal attacks, using profanity or harassing someone, please flag this content as inappropriate. We encourage different opinions, respectfully presented, as an exercise in free speech.
West Hall High School

Human/Sex trafficking is a big issue in the world and I want our future president to help do something about it.

Abortions are a serious problem, and we need to reduce the number of them.

My letter is about police brutality. It's a very big issue and I think the president needs to address this issue.

Police take advantage of their power.