I’m writing this letter to the next president of United States and this police brutality needs to stop.People say that cops sacrifice their lives to keep the United States safe and sound but as you heard police have been killing blacks because of the accusation of profiling. Based on this article, “In wake of lethal confrontations, police and young black men try talking”, it states that an 18 year old have experienced a brutal murder from a white cop. This type of thing never happened to me or my family but we hate to see our neighbors being called out for something they never did. I was walking down the street to my house and i saw my neighbors getting talked to by the police. I was eavesdropping to hear what they were talking about and they were assuming that my neighbor was carrying a gun but he wasn’t. They were assuming he was carrying a gun because of his color and personality.

This police brutality has been a real problem back then in the 1900s, and it still is a problem. I think that they should re-train the police and then explain to them as to not shoot who or what you want. I know if I was a cop then I wouldn’t kill anyone towards how they look. Cops shouldn’t kill people because of how they look, they kill for what bad deed that they are committing. People say Black Lives Matter and in my opinion yes that’s true because majority of the white cops are killing some of the blacks on purpose for what cause.

If I was able to here is what I would've done, First, I would want to put cameras on street lights everywhere so if cops kill anyone for wrong purposes they can take more of a punishment.Then, I would fire/not hire any racist cops and to make sure of it I will test them to see what their personality is like towards other people. because no one wants to lose their lives due to the racist personality of police. In conclusion, whoever is next president I really hope you can you can fix this problem in America because we are losing innocent lives due to these conditions. 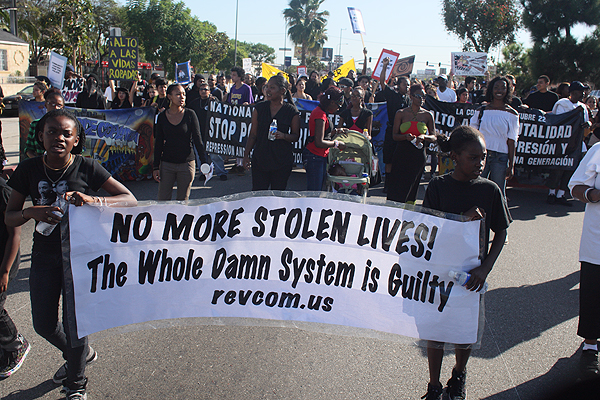 police abuse lives matter police brutality murder
Published on Nov 8, 2016
Report a problem... When should you flag content? If the user is making personal attacks, using profanity or harassing someone, please flag this content as inappropriate. We encourage different opinions, respectfully presented, as an exercise in free speech.
Academy of Innovative Technology

The U.S is lacking behind in education polls and we need to fix this.

The criminal justice system in this country needs to be improved!

The Fight For Free Education

Education is a important part of the world we live in today but it is not all affordable.

I think the US President should help the US Education System improve.

My views on the problems with education and possible solutions.

The justice system isn't wrong the cops are.

Letter to Our Next President

There are multiple issues in America today but I feel like gender equality is most urgent.

Bullying has affected the lives of many children, teenagers and adults. It has made them feel alone, helpless and that they don't have a voice and ...

Writing a letter to the next president regarding Global Warming/ Climate Change.

September 29, 2016 Dear Future President, In the United States, racial inequality and unfairness is one of our biggest issues today. Yes, black ...

Brutality of our kind

My letter is about Police Brutality and how it's only favoring whites, and how the justice system isn't equal to everyone