In this country we have a voting system fundamentally incapable of giving the citizens of the United States a voice in how the country is led. We currently use a system known as polarity voting, which seems sound: the candidate with the most votes wins. But the reality is that there are more than two candidates, and even then, often the winning candidate has less than a majority of the vote (50% plus one vote). In this system, the majority of the citizens voted against the candidate that won. Not only does it not represent the citizens’ wishes well, but the voting system prevents more than two candidates, which despite benefiting you, is horrible for us, the people. In this system “Strategic Voting” is a must: you vote for a candidate you like less who has a better chance of winning because otherwise a candidate you abhor would win. This leads to a two party duopoly and eliminates other “third” parties.

In Maine, a measure to change the voting system to Ranked Choice Voting is being voted upon on November 8th. Ranked Choice Voting has two key differences from polarity voting: (1) candidates are ranked, rather than the voter only picking one; and (2) a candidate must receive over 50% of the vote to be declared the winner. If there are three candidates and neither have over 50% of the vote, the candidate with the least votes is eliminated. The next choice for the voters whose first choice candidate was just eliminated is then tallied, and the candidate with the majority of votes is declared the winner. This allows citizens to express their true feelings on election day, without worrying about “spoiler” candidates, or wasting their vote. It also allows third parties to have an actual voice in the modern political scene.

Whether or not you are happy with the current candidates or would even consider voting for a third party candidate, this method would increase debate and the number of different ideas being shared and considered. It, while not perfect, is a good start, and removes the inherent undemocratic nature of our current voting system. Please, it is very important that we move away from our current voting system as it is the fundamental basis of our democracy, and it is broken. 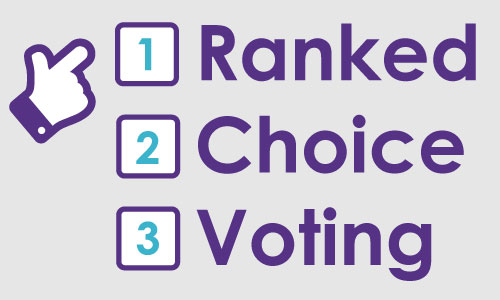 voting party rivalries government politics political parties
Published on Nov 7, 2016
Report a problem... When should you flag content? If the user is making personal attacks, using profanity or harassing someone, please flag this content as inappropriate. We encourage different opinions, respectfully presented, as an exercise in free speech.
Madison Country Day School

This is a group for English 10 students to post their letters to the next president.

A discussion of the importance of education in America

Immigration has played a large part in our country's past and will continue to play a large role in our future.

Women's Equality in the Armed Forces

Women are not being treated equally to their male counterparts.

The disfigurement of our environment is a problem with serious ramifications that is in desperate need of a resolution.

Lowering tutiton will help more people have the chance to go to college.

Anika Biju hopes to encourage other young people to reclaim their voice in politics, but needs the next president's support. Produced by Raed Ahmed...

Community College Should Be Free

Government should give a subsidy for college tuition