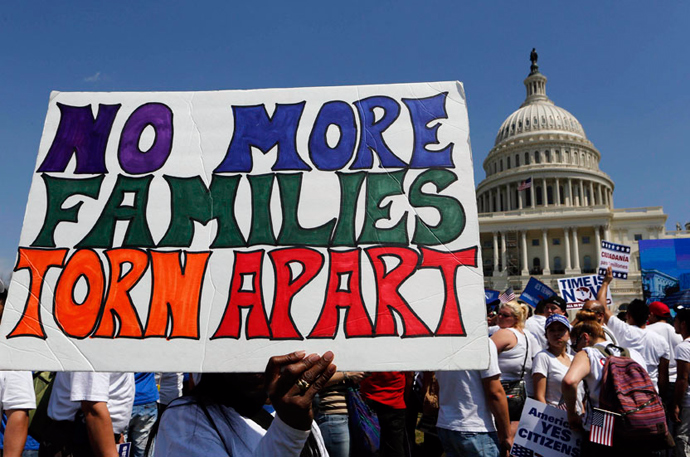 We have at least 5 million immigrants living in America. This is a big issue. One of the candidates Donald Trump says, “We will build a great wall along the southern border. And mexico will pay for it.”

I believe that immigrants have a right to a good life. Instead, Mexicans have been treated with a lack of respect. It's not right and Donald Trump come in and talks about Mexicans like their some sort of animals like we all sell drugs or carry gun or rape women and men. I am highly offended by this they have more than a right to feel safe in their home. They should not have to live in fear if they got the help that they needed. The next president needs to take action of this issue .

In 2014, Mexicans had taken up about 9,086,956 jobs in the US. When you take immigrants or try to you're losing a quarter or more of this population. When we take out that quarter we will be low on workers. This could be detrimental to the workforce because you would have to replace millions of jobs. The occupation with the highest amount of Mexicans is farming, fishing, and forestry. All of these jobs are important because they help feed people by growing crops and fishing and it helps companies and stores make money by being able to sell these products.

Another issue that is very serious is immigration laws. This is a very important issue because the immigration law is messed up. Helen Raleigh states that,“Most legal immigrants come to the United States through one of five main channels: family-based, employment-based, political asylum, refugees, and the diversity lottery program.” The law is not organized and doesn't think of the families they are tearing apart. They don't bother to try and help. That's my issue with the immigration laws.

These are my thoughts on immigration and I think you should really consider these issues and try to fix them. Thank you for taking time and reading this.

immigration
Published on Nov 4, 2016
Report a problem... When should you flag content? If the user is making personal attacks, using profanity or harassing someone, please flag this content as inappropriate. We encourage different opinions, respectfully presented, as an exercise in free speech.
Health Science Middle School

The Importance of Education

The expectations placed on America's teenagers are greater than ever before. Stress levels among American adolescents is at an epidemic level. Can...

Global Warming is an issue that we can't avoid; but exactly what is global warming and how bad is it?

The Positives of Having Immigrants in Our Country

People who immigrate to the US should be given the opportunity to become legal because they are trying to have a better life for them and their fam...

In Regards to the Refugees

In this letter, the pressing issue centers around to acceptance of the Syrian refugees in the United States and how helpful the U.S. could be in ai...