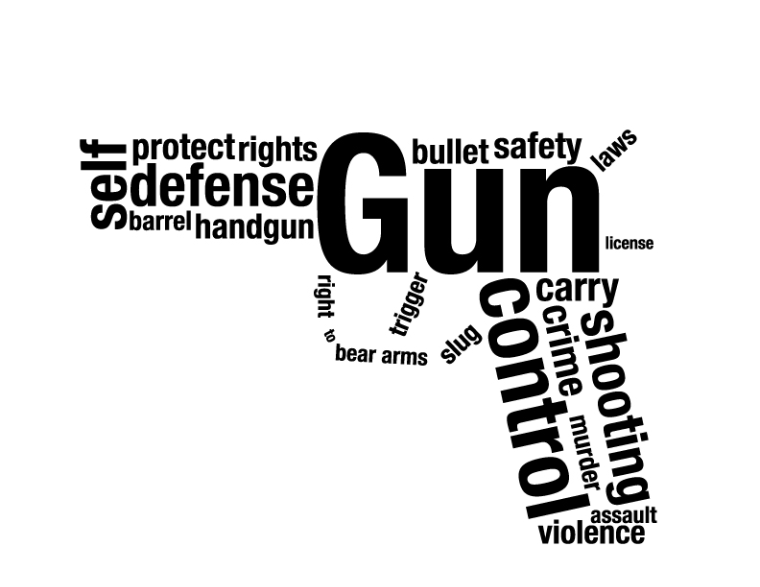 I think the biggest problem right now is gun control. According to the article, "Guns in the US: The statistics behind the violence," “Some 13,286 people were killed in the US by firearms in 2015,” and “26,819 people were injured.” I know this topic is one that you always talk about, but I think it should be resolved during your presidency. This violence is caused because there are too many bad people getting their hands on guns, so I think we should check to see if the person buying a gun has any problems with their health and there should be stricter gun laws and control on what guns can and cannot be bought and

First of all, I want to say that I don’t think guns shouldn’t be in American’s hands, but I think we could limit the “23 million checks [that] were processed through the National Instant Background Check System in 2015.” When I hear about a shooting, it happens because the person that is doing the shootings has some mental illness/problem. We need to check the health of every person that buys a gun. If they have some illness, they should not be able to buy a gun.

I also think we should not be selling assault and automatic rifles in gun stores. According to, "The truth about 'assault weapons,'" Americans own about 20-30 million assault rifles. There is so much potential for someone to do something bad with these guns.

Hopefully, this has convinced you to think about gun control and will hopefully move you towards solidifying America by checking the health of those who buy guns and create a stricter ban on selling assault weapons. Thank you.

gun issues
Published on Nov 3, 2016
Report a problem... When should you flag content? If the user is making personal attacks, using profanity or harassing someone, please flag this content as inappropriate. We encourage different opinions, respectfully presented, as an exercise in free speech.
Okemos High School

Abortion is a huge debate, but by looking at the facts a type of compromise can be reached.

We Want You To Label

Regarding health and human rights, GMO should be labeled.

Energy crisis and it's solution

This letter is about why we need to track the spread of zika and how we need to find a cure or a possible end to this virus.

Guns create lots of violence in The United States but why are guns always looked at as the cause of all this violence. We need to think about what ...

The Criminal Justice System is bias

No race should be superior to another, therefore the system needs to change.

Recently many Americans have been deterred from space R&D. Many say it is too expensive, dangerous, or improbable, however, there are many missed o...

Gun control should include extensive background checks and stopping people from obtaining them illegally but it should not include the restriction ...

Gun control is not necessary, and will not be effective in the U.S.A.

I believe gun rights in the United States is people should be able to have guns and even in The Bill of Rights in the second amendment it states "t...

Guns are too easy to attain

The wrong people are getting a hold of guns. A result from that would be the outrageous amount of deaths in one year caused by firearms.