Gun control needs to change, because in no way will it change to “control” anything, if anything needs to change, it is keeping an eye on mental people, and being more vigilant.If we are able to just take more precaution into things instead of taking the guns away then nothing will need to happen. If the government was to take more legal precautions with people with mental health then there would be less if not any shooting from the mentally insane. One other thing that results from gun violence is gang activity and criminal activity, if we can become a bit more vigilant than maybe criminal gun violence will be reduced.

Not all gun violence comes from mental illness though, some of it also comes from gang violence and anger. Even if we are to take the guns from the law abiding Americans do you seriously think criminals will hand their guns in as well? Cause they won’t, if anything they're gonna take advantage of not having to take the risk of not being shot if they rob rape or invade in another way in the ways of criminal activity. “Violent crime in the U.K. increased six percent during 2010/11, but the increase was not considered “statistically significant.” The U.K. Also reported 32,714 serious knife offenses in 2010/11, although knife crimes are not required to be reported there the same way gun crimes are, so that figure may not reflect the true number.” That was from a news report in the UK after they implemented gun laws and ban them, nothing change it only got worse because people could not defend themselves from robbery stabbings, rape, and other criminal activity. Another thing that could help prevent shootings is looking into the bullying problem, now this isn’t really as big as the other problems

Some people could say that we could just trust the government and be dumb and give up our second amendment, you know the same rights we were given when we created this country to defend ourselves from the government and foreign invasion? Because we totally wanna be under full control of our country and take away the last standing defense we have if invasion storms our land right? No it’s not right, not at all; in fact, if anything our second amendment should have never been put up on the block at all it’s a violation to even think about changing our american rights we are given. Even japan did not want to invade us during WW2 because their general knew that behind every blade of grass on the american homeland was a rifle waiting for them, and that’s nice to hear coming from another country. So when you go to take our guns just consider the fact that it’s not guns that are the problem it’s the person pulling the trigger, people kill people not guns. But guns do keep us safe, from the government and outsiders. 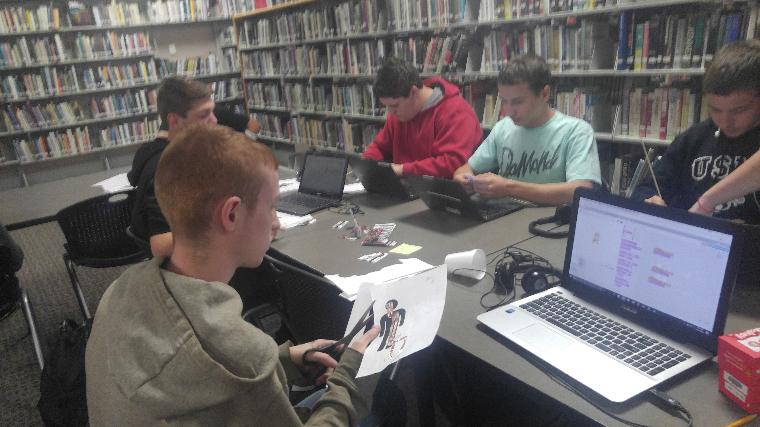 gun issues mental health rights gangs
Published on Nov 8, 2016
Report a problem... When should you flag content? If the user is making personal attacks, using profanity or harassing someone, please flag this content as inappropriate. We encourage different opinions, respectfully presented, as an exercise in free speech.
Oak Hills High School

Screaming Without A Sound...

Are you a bully, or are you a victim? Help the world say neither.Make your mark and take a stand. Be a hero...

Banning Guns? How About No.

Do guns need to be banned? Or should we just get stricter rules?

More Laws to stop people from obtain a gun.