Immigration is one of the most unavoidable parts of our country. We welcome people with open arms. We are the land of the free and the home of the brave. One of the most recognizable American landmarks is ‘The Statue of Liberty’ which welcomes people and helps them believe that they belong. Immigrants from all over come and try to make a better life for themselves and/or their families.

The poem on the Statue of Liberty states that, "Give me your tired, your poor, Your huddled masses yearning to breathe free.” Us, as Americans, should honor the values of our country. There are so many people who are incredibly patriotic but, don’t support immigration. Everyone, at one point or another was an immigrant. No matter if they were forced to come here or came by choice, we all started from somewhere and should be welcoming. Yes, immigration raises the question of overpopulation and the stealing of jobs but, a few changes to the system can make immigration beneficial for immigrants and the American people.

A great starting would be to de-stigmatize immigrants. Many people think that all immigrants are Latinos that are stealing our jobs and harming our people and, if not Latinos, people who are seen as “bad”. Here’s a quote from presidential candidate, Donald Trump, “When Mexico sends its people, they're not sending their best...They're sending people that have lots of problems, and they're bringing those problems with us. They're bringing drugs. They're bringing crime. They're rapists...It's coming from all over South and Latin America, and it's coming probably -- probably -- from the Middle East.” He is right that there are immigrants coming from those countries but, is ignorant that there are immigrants from all over the world. He fails to mention the immigration that comes from all over Europe. This perpetuates the stigma that all immigrants are bad people and are all people of color. Which, in fact is not true because the only people who are native to America are the Native Americans. We are all immigrants and should treat each other respectfully. A lot of these allegations against immigrants are unfair and untrue. A lot of people are misinformed and immigrants are treated badly and blamed for many problems. Americans have started to oppose the concept immigration more and more and learn less and less about how immigration affects our country.

While immigration is a very important topic in America, one of the other important topics is how we treat people of color. In recent events there has been much debate about a Sioux tribe not accepting the Dakota Access pipeline. If you look back in history, you’ll see how incredibly badly the Native Americans have been treated since the founding of this country. From the Columbus Expedition, to the Trail of Tears, and everything that has followed, they are the most disrespected and they are the ones who are native to American. Also, let me not forget to mention, America makes a mockery out of the native people with offensive sport team names and just disregarding the race as a whole. Every single day there are tons of Black and Latinos being stopped and frisked or arrested or shot without reason. They are sought out by the system for the color of their skin and can’t do anything about it. Police brutality is something that has come to light and recent years and it needs to be handled. How can we be the land of the free if we are holding back a good amount of the American people?

In conclusion, America could use a lot of improvements. I know that some people are trying their best but, we need action. I’m hoping that you, our future president could help our dreams and hopes become a reality. 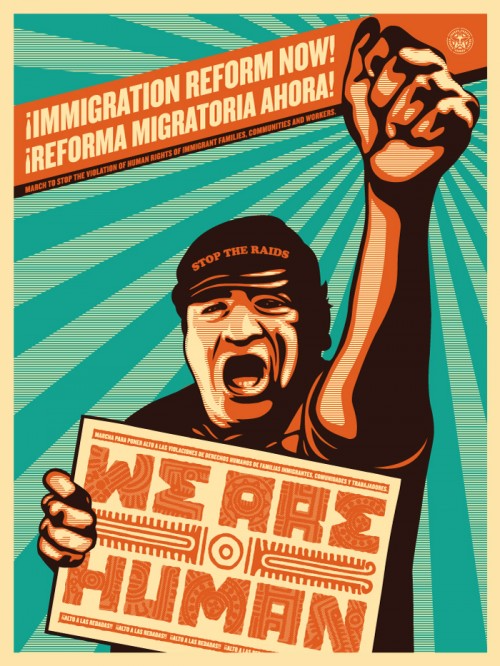 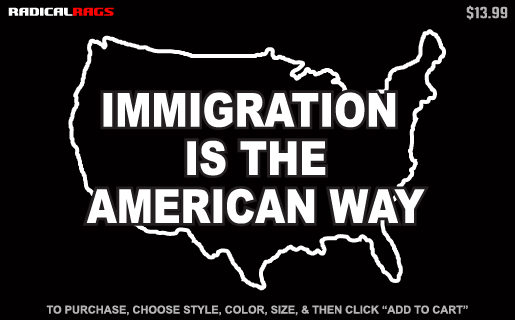 immigration freedom people of color america
Published on Nov 6, 2016
Report a problem... When should you flag content? If the user is making personal attacks, using profanity or harassing someone, please flag this content as inappropriate. We encourage different opinions, respectfully presented, as an exercise in free speech.
Science Leadership Academy @ Center City

Letter to President Clinton or Trump

Open Ourselves to the World

Allowing immigrants to come to the U.S without so many complications

Instead of rushing to make a decision regarding immigration, the American government should wait and see what happens.

Very concerned about the health care problems in the U.S. Honestly, you should take a look.

Changing the future of illegal immigration

Immigration is a big problem that as Future President we need you to solve.

My Thoughts on Immigration

These are my thoughts on immigration and what you should do about it.