Over 234 unarmed black people have been killed by police in the USA in 2016. Less than 1% of cops that commit police brutality and unjustified killings are convicted of their crime. The rising police brutality rates and killings of unarmed black people are a prominent issue within the US, and much of American society, especially the youth, are taking a stand. People are dying. In many cases, there is no reason for them to die. Protest and awareness movements, like the Black Lives Matter movement, have risen in attempt to combat these issues. Using social media, these movements have spread the word about police brutality; but in turn, they have created much controversy. A growing issue like this requires a leader to take a stand against it. I think that standing for something as important as the recent increased killing of unarmed black people via police brutality is more important than standing during the national anthem. People are taking his Kaepernick's actions way out of context. He is not deliberately trying to offend or disrespect the country. He is voicing his opinions about a pressing issue that is in desperate need of someone of his status to support.

As the next president of the United States of America, I think that police brutality is one of the first issues that you should tackle. It is causing a huge disturbance in the social and cultural aspects of America.  In a place where the people have opportunities like no other country to be together, there is a divide. You can even draw relations to the civil rights movement in the 1950s-1960s. And just like the civil rights movement, this divide may lead to a great positive change. But it may turn to something much more severe, so the problem of police brutality needs to be solved. 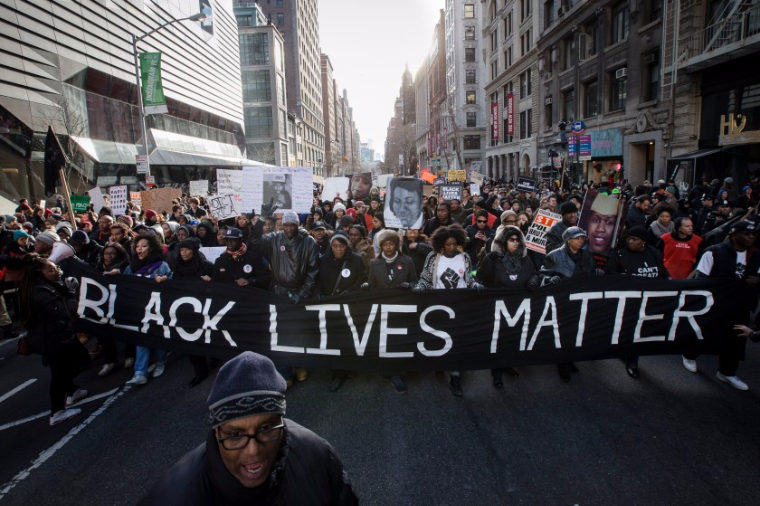 flag national anthem police brutality
Published on Nov 4, 2016
Report a problem... When should you flag content? If the user is making personal attacks, using profanity or harassing someone, please flag this content as inappropriate. We encourage different opinions, respectfully presented, as an exercise in free speech.
Hatboro-Horsham HS Soc Studies

Standing/Not Standing For the Flag

Choosing to not stand for the flag

People are being treated differently for race, gender and sexuality each and everyday. Some people are scared to accept people for who they truly a...

Animals are treated so poorly in this world. People don't seem to realize they can feel misery and pain the same way we can. Animals are much more ...

Bullying is a problem world wide and we have to stop it.

Protecting our country from gun violence is a top priority.

This letter is an argument for an open borders policy in the United States, and it talks about the maltreatment of Muslim Americans. It speaks on ...