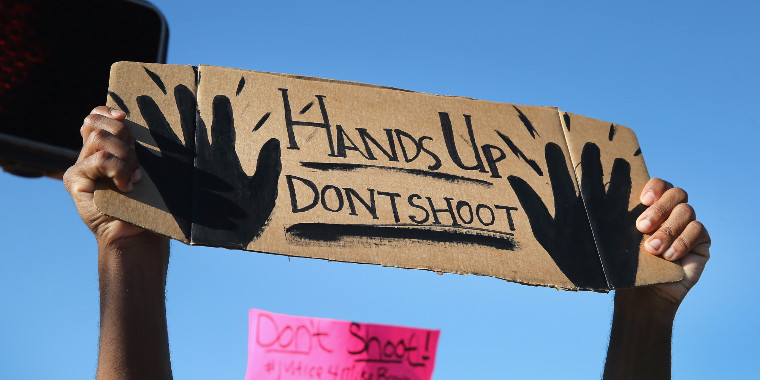 The criminal injustice in the U.S is a really big problem. Especially towards police brutality against African-Americans. The cops can’t just shoot someone just because they look like a criminal or they are resisting arrest. But is there a reason why they are resisting? With almost 6,000 reports of misconduct from 2009 to 2010, 300 of which resulted in fatalities, how could it not be a problem? What if one of those fatalities was a man or a woman with a clean record? Police officers take advantage of how much power they have. They know that if they commit murder, they won’t get charged for it. They use deadly force when shooting someone. They should be told to shoot in the arm or legs once, or at the sky. All over the country, police abuse their authority by intimidating or sometimes assaulting people and getting away with it. The only time police brutality may occur is in a mob or riot situation; it’s overwhelming to the officers because of how outnumbered they are as a whole. Cops have the legal right to defend themselves if they feel that their lives are in danger. In situations where they have crowds of angry and riled up people who are throwing things at the officers, an officer may very likely feel like he or she isn't safe.

But we also have rights. Everyone has rights against police. The police swear to defend and protect the country, yet they make everyone feel very on edge and uncomfortable to do certain things when cops are around. The videos posted on social media are unbearable to watch; watching our own people being beaten and even killed by police shows the injustice of how they treat people. It also shows that suspects and criminals in the eyes of the police aren’t people. How other people see police brutality is like a hunter and the prey. It’s scary.

Therefore, police should question first before they shoot. Just because one person may look like the suspect doesn’t mean that police can just start shooting or use a taser at them. That is criminal injustice towards the person.

police brutality crime within races police corruption police misconduct
Published on Nov 3, 2016
Report a problem... When should you flag content? If the user is making personal attacks, using profanity or harassing someone, please flag this content as inappropriate. We encourage different opinions, respectfully presented, as an exercise in free speech.
Santa Clara High School

Laws should be more strict

Every year 100 million animals are killed in labs.

Think Before You Act

Bullying occurs everywhere in our society but, there’s ways you can prevent it and spread awareness.

Thousands of Americans struggle with not having a home. This should be dealt with more efficiently.

Police get a bad reputation because of the media. They put a video for example and make the cop look bad and people think that's all cops are -bad....