How many more fatalities is it going to take in the U.S for someone to finally take some action? Close your eyes and listen to the families who have lost their loved ones due to gun violence, crying out for help. Making the addition of background checks when purchasing a firearm will not only eliminating a significant number of nationwide fatalities, but civilians having the ability to feel/be safe in their communities again.

I’ve noticed after doing further research that America has a large amount of guns compared to amount of people here. There are 89 guns per 100 people in the U.S. Meanwhile, in Britain and Finland the ratios are 6:100 and 24:100. As well as the second ranked, Yemen (quasi failed state, torn by Civil War) with 55:100. America makes up 44.3% of the world, also holding the percent of 42 of all of the world's privately held firearms. “No other developed country in the world has anywhere near the same rate of gun violence as America.” “America’s gun problem, explained”. These statistics go to show that there is a serious issue at hand that needs to be dealt with, and the sooner the better.

To continue, no matter how you look at the data, the more guns the more deaths, it’s unfortunately inevitable. 60% of mass shooters have psychiatric or psychological problems, and yes with the help of substance abuse, poverty, and history of violence and of course access to guns. “A 2016 review of 130 studies in 10 countries found that new legal restrictions on owning and purchasing guns tended to be followed by a drop of gun violence - a strong indicator that restricting access to guns can save lives.” “America’s gun problems, explained”. People who own more guns especially illegally are not, not going to use them for one reason or another. There has to be a reason why they have so many purchased illegally, or in general, in the first place.

Going in the opposite direction, I’ve also noticed that limiting the accessibility to guns would eliminate the opportunity for your average Joe to protect his or her family if need be. Take for example, if you have ADHD, (even minor) and want to keep your household safe for self defense, you are unable due to your slight abnormality. Even despite your hypothetical integrity-filled personality. “Based on past and current mental health issues, you can potentially be restricted from owning a gun. The government would be able to access your medical records, by going around specific privacy laws, to see the primary source of documentation.” Also, not to mention the lack of purchases in that field, therefore decreasing company income (purchased legally).

Wrapping things up, leading me to think based on my research, that background checks are a necessity when purchasing a firearm. Being remarkably beneficial to multiple communities and leading people to not only feel safe, but be safe. Furthermore, focusing our attention out of our country (in this case) and worrying more about foreign terrorism and annihilate a preventable issue. Gun violence has taken a toll on our everyday life... I know I want to feel safe, I’m sure you do as well. 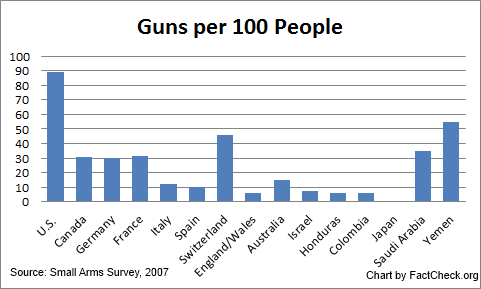 gun issues
Published on Nov 7, 2016
Report a problem... When should you flag content? If the user is making personal attacks, using profanity or harassing someone, please flag this content as inappropriate. We encourage different opinions, respectfully presented, as an exercise in free speech.
Damonte Ranch High School

Youth homelessness is it making kids stronger or is it neglect?

Youth homelessness is a big issue in our nation, but do you know just how big of a problem it is?

Is college for everyone? The education system needs work and people need to speak out and voice their thoughts.

Should Transgender people be allowed to use the bathroom that corresponds to the gender they identify with or the gender that they were born?

minimum wage is growing to be a big issue workers aren't getting paid enough to support themselves and or their families which is causing these goo...

Overwhelming cost of college. Is it worth it?

this letter is about all the different ways that college can effect the lives of seniors all across the united states and how you can fix the probl...

Though gun violence has taken a toll on our day to day lives, expanding our gun laws may not be the resolution.

Cannot go to college or send your child to college due to not having enough money, or having to delay your life due to college loans. Sound like yo...

With the amount of student debt and the high chance of failure of seeking a career nowadays, workforce training in public high schools can potentia...

Workforce Training Programs is a Must

Programs in high school will help high school students discover what career path is right for them, decrease the average student debt, and help stu...

Heroin Use In Teens: Lets Talk About It

Should we provide two free years of community college for those who need the support to further their education?

Everyone deserves a chance

What happened to the 2nd Amdenment

We can't loose our guns.