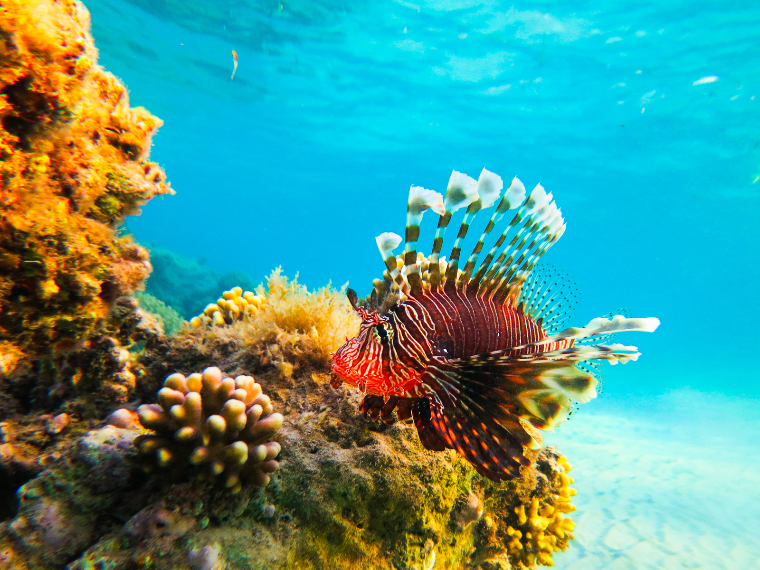 Just last month, the Great Barrier Reef was declared dead by Outsider Magazine. Days later, CNN debunked this article, stating the reef is not yet dead, but rather on the verge of dying. However, this major miscommunication had already taken root in social media, and much of the public took the time to learn that the decay of the Great Barrier Reef is just a small-scale model of what’s happening to the rest of the ocean. How will you address the declining condition of the ocean? I feel these issues need to be proactively dealt with before the marine life’s ailments become irreparable.

One problem, whose effect can be seen in bleached coral in the Great barrier Reef, is the rising net ocean temperature due to climate change. The stress of a volatile environment causes coral algae to expel symbiotic, pigmented protozoans, thus causing the coral to appear white and become more susceptible to disease. An increase of ocean temperature can also cause species to migrate to a cooler waters or also develop a new niche, both of which can drastically damage predator/prey ratios worldwide. For example, the record number of shark attacks off the coast of US in 2015 was partially due to increasing water temperature causing some sharks to migrate closer to shore, according to CNN. As a solution, laws could be implemented in the United States that reduce energy consumption and promote resource conservation.

Another problem that directly affects the ocean’s health is pollution. A famous example located close to the United States would be the BP oil spill of 2010 in the Gulf of Mexico. Although this oil spill has been cleaned up (for the most part), offshore oil wells exist off the coast of Louisiana that continue to constantly and slowly leak into the ocean. Large amounts of oil in the water can cover the fur of marine mammals, reducing their insulating properties and causing hypothermia. As another possible solution, there could be more thorough inspections of ships that carry oil cargo, and the government should impose stricter regulations on oil well containment.

The welfare of the ocean can impact our country in many ways, both directly and through a chain of reactions. Because of this, I feel it is your obligation as president of the United States to implement laws that protect the declining health of the ocean and promote eco friendly citizenship.

ocean acidification ocean pollution oceans environment
Published on Nov 7, 2016
Report a problem... When should you flag content? If the user is making personal attacks, using profanity or harassing someone, please flag this content as inappropriate. We encourage different opinions, respectfully presented, as an exercise in free speech.
Judge Memorial

Invasive Species - A Tale of Domination

One of the most fatal threats to wildlife is invasive species. Nearly 42 percent of endangered species are at risk because of these invaders, accor...