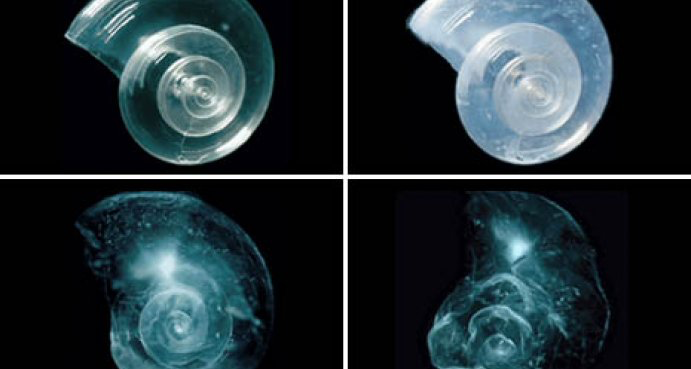 The thing I want to see the most change in is the care for our environment. The oceans are becoming more acidic due to our massive emissions of CO2. This causes a lot of problems for the organisms in the ocean but especially for those with shells. The CO2 causes what is known as decalcification. This is where the shells of crustaceans break down and dissolve leading to them not being able to survive in such harsh conditions. This also leads to a shift in the food chain which leads to another problem known as overfishing.

Overfishing occurs when one or more species are overfished to a dangerous level. Fish farms are a good alternative but the problem remains. This will cause serious change in the ecosystem and will destroy it. The effect of overfishing will eventually disrupt our way of life and the oceans.

The ocean is a major source of food and energy. If we don't take proper care of it, we will suffer the consequences of the food becoming poisonous from the pulpit ion and the marine life dying off. There are many things that we could do to ensure the ocean doesn't get to the point of no return. Such things would be regulations on oil drills, stricter fishing rules and less dumping by large companies. If we work hard enough and put rules in place, we will be able to save the ocean from decaying such as the Great Barrier Reef has.

ocean acidification ocean pollution
Published on Nov 7, 2016
Report a problem... When should you flag content? If the user is making personal attacks, using profanity or harassing someone, please flag this content as inappropriate. We encourage different opinions, respectfully presented, as an exercise in free speech.
Judge Memorial

Ocean pollution is all around you making our beautiful oceans a dangerous place to be .