Imagine this, you are a young child in a foster home. An unauthorized adult comes to adopt you, but you don’t mind because all you really want is for someone to care for and watch over you. When they take you home you are abused nonstop but no one can help because no one knows. This is what happens to approximately 35% of adopted pets. Something needs to be done. According to the American Society for the Prevention of Cruelty to Animals (ASPCA), approximately 56% of abused animals are euthanized each year. This means that these animals were in such bad condition due to abuse, that nothing could be done to save them. Also, these cases aren’t from self-defense or controlling an animal’s behavior, but the mental illness or anger that fills up inside a person. If we find help earlier than we will have more time to treat injured animals and hopefully save them.

One of the main reasons that this problem is not being stopped is because abusers are either unaware of the punishment for animal cruelty, or there isn’t a strong enough reason for them to take out their anger differently. You may think that the laws we have issued in America are enough and that this isn’t a common issue. Little do you know that almost half of animal abuse cases do not lead to jail time of the abuser but only a fine. This can just go on and on because nothing impactful is being done to prevent people from animal cruelty.

Animals can be saved if we give some effort. They are an important living species and we need to treat them like that. 2.7 million animals are abused each year. What about the other 70% of abuse cases that go unreported (as stated by the Humane Society). This clearly shows that this is an issue that needs to be focused on and that it is not in fact under control. The Humane Society also showed that 71% of domestic violence victims also said that their abuser targeted animals. This gives us a huge chunk of information and will help us save animals from abuse sooner.

So I need you, and the rest of the nation, to stand with me to help save the animals. We need to spread awareness to protect pets in the United States. We need to be more careful with things such as evaluating who we let adopt pets without homes, to have mandatory check up’s, there are so many options to choose from when it comes to the salvation of the animals. If you care about the animals in our country, then you will help take action. So help me be the voice of the animals, we have some saving to do. 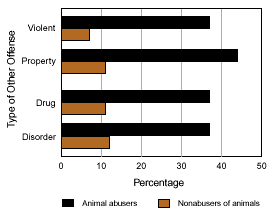 Published on Oct 11, 2016
Report a problem... When should you flag content? If the user is making personal attacks, using profanity or harassing someone, please flag this content as inappropriate. We encourage different opinions, respectfully presented, as an exercise in free speech.
Weddington Middle

This letter is why abortion should be banned around the country and eventually the world.