Abortion is a source of growing tension within the United States today. The biggest question is when does life start. We all know that we are alive by the fact that we breathe, feel, and have a heartbeat. However the fetus does not feel pain until the third trimester of pregnancy or around 27 weeks. Does imply that it is only in this period that the fetus is alive?

Many women who become pregnant in young teenage years do not have the skill set or tools to provide for a child. Also they often are not motivated to provide and take care of this child which inherently gives the child the disadvantage of living somewhere that cannot provide a loving stable home.

This could and likely would cause a crisis like the abortion ban in Romania in the 1960’s and 1970’s. When this ban was passed crime skyrocketed because of the number of illegal abortions that were now being performed. Deaths caused from abortions also drastically increased because the lack of regulation. Aside from deaths, many children were brought into the world unwanted and without the necessary tools to succeed. Studies have shown that all children who were born at this time were at a higher risk of becoming criminals. These children often were not raised in a loving stable home, because they were not wanted in the first place. This left children to fend for themselves leading them to a path of crime. The orphan population was growing uncontrollably inevitably leading to even more crime.

If abortion is banned there is no way to know if a similar crisis will arise in the United States, however this situation is irreversible for those children who are brought into the world unwanted. Through calling one side pro-life and saying the other is pro-choice are taking away a child's life, you are not looking at the facts. Forcing a woman to bring a child into the world unwanted will undoubtedly lead to a festering resentment. A child can not live a good kid if they don't have parents who are willing to parent them. 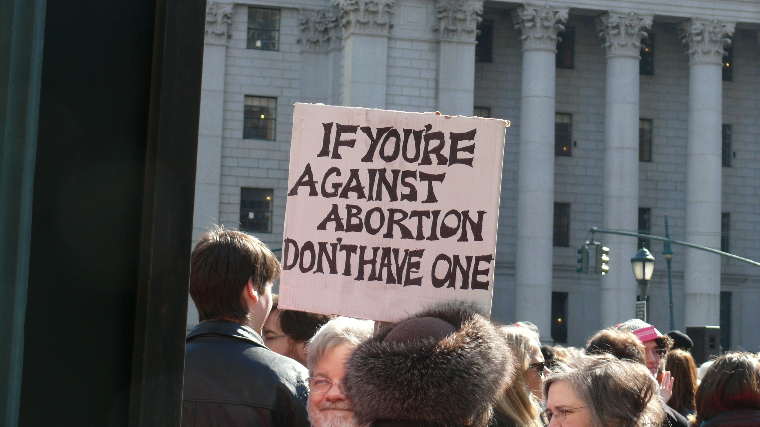 abortion
Published on Nov 7, 2016
Report a problem... When should you flag content? If the user is making personal attacks, using profanity or harassing someone, please flag this content as inappropriate. We encourage different opinions, respectfully presented, as an exercise in free speech.
Judge Memorial

Abortion should be made illegal

Abortion should be made illegal for a number of reasons. Abortion is considered murder,effects us internationally and individually.

I thought America was supposed to be fair and equal. Why do women get to have an abortion, but when a man kills a pregnant woman, he gets twice the...

Government funding for Planned Parenthood should not be discontinued

Our government should continue to fund Planned Parenthood because of its effective role in our country.

Everything is not black & White