Imagine if you were pulled over by the cops and you and your sibling followed all of their instructions but because of racist anxiety they shot your sibling multiple times even though both of you are unarmed imagine how you would feel and to add that the police also didn’t convict the cop that killed your sibling. This is a big problem because people are losing their friends and family. Some solutions that I propose is that the cops should resort to a Taser first especially if the person is unarmed or they should wear body cameras so people can see what happened and whose fault it was. I am learning about police brutality because I want find out are people getting treated differently by the police? In order to help the reader, understand people of color are getting killed by the police for no reason and police are not getting convicted.

The answer is yes people of color are getting killed for no reason in a study done. “black Americans are more than twice likely to be unarmed when killed during police encounters with whites… and for every 1000 people killed by police only one officer is convicted of a crime.” This explains how after the police commit second degree murder they do not get convicted this is big because at the end of the day police are still people and if they commit a crime they should get charged. This is sad that a system that is supposed to protect us is doing the opposite. Unfortunately this is not new for years the police have been doing the same thing but the reason few police get convicted for a crime is because the police cover it up. For example, it states that 2010 an African American seven-year-old girl was killed by the police at night by mistake and the trail was dropped. This explains how innocent people are getting killed and it is sad because a little girl shouldn’t get killed by accident and the person who did it didn’t get charged.

In conclusion people of color are getting killed for no reason because the system that is supposed to protect us is killing us, police are not getting charged, and the police are covering up innocent deaths. Some proposals to stop these deaths is that police get better trained so in any situation they would know what to do. 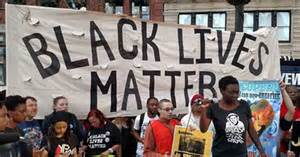 black lives matter police brutality gun deaths
Published on Nov 9, 2016
Report a problem... When should you flag content? If the user is making personal attacks, using profanity or harassing someone, please flag this content as inappropriate. We encourage different opinions, respectfully presented, as an exercise in free speech.
West Seattle High School

0.5% of the budget is not enough to do much of anything, let alone explore space.

This issue of police brutality is huge issue in the U.S that needs to be address and take a stand. But also black lives matter is a serious issue w...

On police brutality and why it needs to stop and how to stop it.