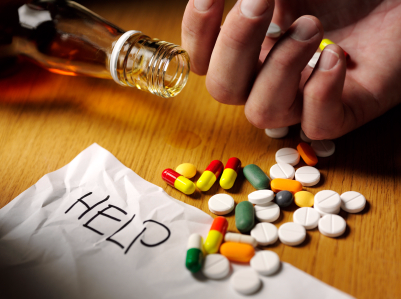 Addiction is not a choice. Help isn’t always an option. Support might not be there, and we need a solution. America has reached a point in time where the number of drug addictions is at its peak. What a lot of people need to understand is that getting help isn’t always an option as it requires money, insurance and waiting time. Thanks to the previous laws put in place, insurance isn’t so much of a problem anymore. But that’s where you come in. We need reliable resources for addicts that are not just cheap and has no wait, but has a fair amount of enforcement, and the only person who can resolve this issue is you. America needs a reliable, cheap, and enforcing source for drug addicts to get help.

The people who do get help, don’t usually totally become clean. This is because once you become addicted, you’re automatically hooked on the drug and it is very difficult to get off it. According to one article from “Everyday Health”, it may take as many as 3-4 tries. So I write to you Mr./Ms. President to help find a solution to drug addictions.

Researchers have found that especially athletes are becoming addicts at young ages. According to a survey conducted by Narconon, “12% of the boys and 8% of the girls admitted to abusing painkillers including codeine and morphine, figures which represent an increase over previous years. Unlike many other drugs, the students who are using painkillers are not typically getting their pills from a drug dealer. Instead many of them are getting the drugs after being prescribed by a doctor. A sports injury will often see the student being given a prescription for Vicodin, Oxycontin or another common pioid painkiller.” This proves, that teens are becoming easily addicted to drugs as well, while getting hooked on addiction at a young age can massively impact your life span. We don’t just need a solution for adults with addictions, but teens as well.

I beg you future president to create an environment where when an addict is ready to get help, the help is there. Typically, when a person of color struggles with an addiction it as looked upon to be a crime, while if a white person is diagnosed with addiction it is an ‘illness’. All I’m asking is that you CONSIDER making changes to laws around drug addictions in our country, cause to be completely honest with you setting down laws to ban Pokémon Go isn’t priority, when 18,900 people are dying a year from drug over dose.

You may ask why a fourteen-year-old freshman feels so strongly about this topic, and I understand what you’re probably thinking ‘What does she know?’, but let me tell you Seattle is a wild place to live. As you may or may not know there is a specific location in Seattle called ‘The Jungle’, officially the East Duwamish Greenbelt. In ‘The Jungle’ at least 750 incidents have been reported to Seattle Police Department while drug dealing and drug use is also very common in ‘The Jungle’ (Bob Young). In addition to living in Seattle, as of December 6,2016 Washington State Initiative 501 was passed in Washington state (aka marijuana became legal). This law just makes it easier for teens especially, to smoke weed, even though it is not legal until age 21. To reflect on this, in my home town Seattle Washington, it has become incredibly easy to get your hand on drugs, and this goes for all over American as well. So I ask you again President of 2017 to please make a change in the lives of American drug addicts and don’t make them just have a reason to live, but help them change their lives to who they were before, before they had their first dose.

substance abuse addiction alcohol and drug abuse
Published on Nov 3, 2016
Report a problem... When should you flag content? If the user is making personal attacks, using profanity or harassing someone, please flag this content as inappropriate. We encourage different opinions, respectfully presented, as an exercise in free speech.
West Seattle High School

The next president should be sure to try to take more animals off the endangered species list and prevent more animals from joining the list.

Violence in schools is a terrible thing to experience. The next president should try to prevent it.

Today's athletes are looking for an advantage over the competition that will help make them winners. Unfortunately, the adolescents of today are ca...

Over 40,000 Americans have died due to drug abuse in the last three years. Let's put an end to that.

Prescription painkillers are causing young adults all over the nation to become addicted and even move to drugs such as heroin. Something must be d...

In order to make America a better place, we can start with not legalizing the use of marijuana.