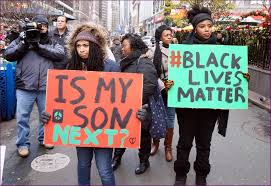 Do you know what the most popular topics that are talked about today? One of them is about the unreasonable shootings that has been happening a lot recently. Police reports today have been increasing with the arrests and shootings of colored people. False reports are affecting families everywhere. This is because law enforcement are getting out of hand and taking small problems into a big commotion. While this might not seem important to some people because they either think people get what they deserve or they simply do not care because it’s just the police simply doing their job. On the other hand more and more families are experiencing emotional trauma because of an on-duty police was being “cautious” and “accidentally” shot a black male because he was in the bad part of town. To the future president, I think that by enforcing a recommendation on how criminals should be tried, will lessen the amount of wrong actions in the court.

Now, when people are arrested they get arrested for legitimate reasons such as rape, stealing, murder, etc and when they are tried in court they get a reasonable jail sentence with or without parole. Cases today that include a white male are now deemed to have shorter sentences because they either “have a career” and wouldn’t want to damage their path too much or just because of their skin color and the judge can “relate”. As in the Brock Turner case earlier this year, he tried to put the blame on what his victim was wearing and the fact that he was very drunk stated in the article written by Liam Stack from New York Times. Although the judge that did not buy his claim, he did notice that Brock was a talented swimmer and had a career before him for the sport. The judge decided to not sentence him for rape but for other things like “sexual assault of an unconscious person, sexual assault of an intoxicated person and sexual assault with intent to commit rape; the case did not involve a “rape sentence”’ (Stack). Just imagine if this case was committed by a person of color, would the outcome be different? This answer I am confident about because I am pretty sure a black man would have been charged with rape and be out in jail for 10+ years. Now for those who agree with the 10 month sentence Brock Turner conceived, I can understand why. Brock was under the influence of alcohol (Stack),so his mind was somewhere else. Also that the victim was supposedly wearing a provocative outfit (Stack), which may have a play in the act, but if he was sober enough to know how drunk he was and what she was wearing that night mean he knew what he was doing? I think so.

The whole controversy on whether or not there is a racial bias in the social system is a question that keeps repeating every time I see a news report on another unintentional shooting by cops. There is a mix of answers of yes and no followed by their reasons, but let’s understand why some would disagree with the racial bias theory.This is not a topic that has recently been given opinions on. Racial bias has been going on for a while now. Those who don’t agree with this believe that of course the system isn’t fair. Nothing is. For the world to be perfect there would be no classes, no opinions, and basically no thoughts of others at all. They believe that the law enforcers are doing their best and accidents happen all the time. It’s not just Black people being shot/accused accidentally; whites are in the same shadow too, just not as much.

Future president, do you know how unfair the justice system? Well, “Black Americans were nearly four times as likely as whites to be arrested on charges of marijuana possession in 2010, even though the two groups used the drug at similar rates, according to new federal data” (Urbina). This supports my claim that colored people are more likely to be arrested than whites. Yes, there’s the probability that White people do not possess illegal marijuana or distribute it without a license, there is also a probability that most of them are being left alone and getting warnings from police. Black people can also have the same possibility, it’s just that they aren’t. Just think about all those people around you that do/have drugs. You don’t question whether a white man on the side of the road obtained a cigarette illegally nor do you question whether or not a black man has done the same, but cops do. Some cops are either trying to reach their quotas or are on the lookout for a drug dealer. Where do they go to find these people? In the “bad”, the “ghetto”, or the poorest parts of town to find people that look shady or meet their expectations of that of a drug dealer, which is depicted as a muscular, angry, thuggish, looking black man. I’m not saying that that look is only depicted as a black man, but also a white male, Asian, Mexican, etc. can be in the same category. That's what I agree with people who believe racial bias isn’t a thing.

But racial bias is a thing from what I read and watch from news articles and showings. Racial bias is going to be a thing for a long time because we are not perfect and have opinions, but we can reduce the amount of it if we just address it as a serious matter. This could be resolved by punishing those law enforcers that committed a crime, such as murder, or wrongly accusing innocent citizens, with a jail sentence or being fired. Anything to reduce the amount of racial bias within the law enforcers.

racial discrimination discrimination justice system
Published on Oct 25, 2016
Report a problem... When should you flag content? If the user is making personal attacks, using profanity or harassing someone, please flag this content as inappropriate. We encourage different opinions, respectfully presented, as an exercise in free speech.
West Seattle High School

Everyone should be heard and have a right of protection

Racial inequalities are not right and need to be stopped.