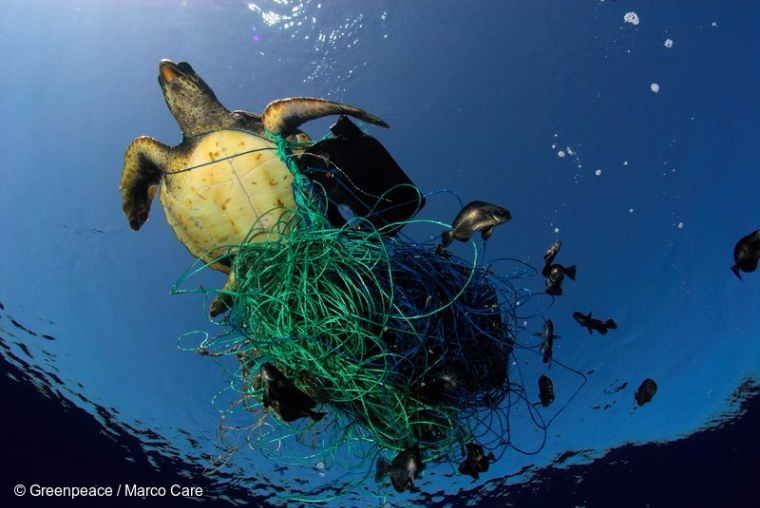 Waste. It’s something that could haunt us for years unless we stop it now. We over use waste which has forced countries not have any place to put it so they dump it into the ocean. Polluting our oceans is affecting the marine life and is causing many of our species to become extinct or be endangered, we need to stop this for the health of our animals and for the health and stability of mankind.The world needs a clean up if we want to preserve the things we know and have today.

Marine pollution and pollution in general is taking all the nature of this planet and destroying it. For example, “80% of marine pollution comes from land based activities” ("Pollution"). People don't realize that things we do all end up into the ocean. Something simple like fertilizer can run off from farms is polluting the ocean in such a way because it is increasing the amount of “algae that robs the water of oxygen making it hard for marine animals to live in those areas” ("Pollution"). So our everyday things that are helping us to survive is causing parts of the ocean to lose its marine life.

Throwing our waste into the ocean is also causing a problem for us because the oceans that we love and swim in can be polluted with trash. “80% of urban sewage is discharged in to the Mediterranean Sea is untreated” (marine problems: pollution). that’s just in the Mediterranean, so who know how much waste the U.S. throws into the open ocean or bays close by. Did you know 1.4 billion pounds of trash per year enters the ocean? “The U.S. produces an average of 220 million pounds of trash each year” (how much do we waste daily?). To me there is no reason to use that much waste in one year.

Marine pollution isn’t just run-off from land that gets into water ways but the pollution in the air can also effect the water and the marine life. Air pollution is also a contributor to marine pollution by carrying pesticides and dirt towards the ocean where it settles. Each year more and more animals die off,“Over 1 million sea birds are killed by ocean pollution each year” (Conserve Energy Future). Animals tend to think garbage is food causing them to choke on someone’s plastic bottle. There is an island of garbage twice the size of Texas inside the Pacific Ocean,” and “it outnumbers the marine life in the area 6 to 1” (Conserve Energy Future). That means for every 1 fish u can find six pieces of garbage in the ocean. If the

Marine pollution is happening all the time and is making a huge impact on marine life. There are many ways we are polluting our oceans and we need to stop. Most of our planet's marine life is dying because of us but people do not seem to realize what they’re doing and life goes on, but not for our oceans. Everyone can participate in the smallest way and it’s very easy for each house hold to reduce waste and save the planet. My hope is that everyone will keep this in mind when they throw something away.

trash water pollution pollution waste marine life
Published on Nov 3, 2016
Report a problem... When should you flag content? If the user is making personal attacks, using profanity or harassing someone, please flag this content as inappropriate. We encourage different opinions, respectfully presented, as an exercise in free speech.
West Seattle High School

Animal rights are important to every animal, because not every animal is protected by rights.

Keep food on plates and out of landfills.

Keep food on people's plates in instead of in landfills.