To the next President of the United States,

The issue of police brutality has risen greatly in the past couple years. As black lives awareness has increased, more and more instances are being brought into the spotlight about police brutality and the shootings of innocent civilians, especially focused on innocent black civilians being shot. Police are supposed to be a protecting force and many of us should grow up learning to trust the police in case of an emergency, but many young children grow up with a fear of cops. In many cases police officers are thought to have a skin color or race bias. This belief scares thousands of minorities and others away from the police. This shouldn’t be the case in America, as police are meant to be protectors. Looking at the facts though, police do seem to have a bias. Black citizens continue to be shot at 2.5 times the rate of whites (Kindy, Lowery, Rich, Tate and Jenkins). Based on this fact, many can see how police officers could be accused of discrimination. I believe that more time needs to be put into training the police work force. The more we invest in the training of police officers, the better they will be prepared for the field and real life situations. With the extra training I believe they will be a whole lot less likely to pull the trigger so fast, which will result in countless lives saved. Another way to help prevent the issue of police brutality is to enforce that the police get a fair, open trial in a court that will judge them on their actions, regardless of position or rank.

Many police supporters don’t believe that the shooting of unarmed African Americans is a big enough deal to look into and to raise money through taxes or other methods in order to invest in more police training. They might also believe that the cops have the right to kill whoever they think is threatening (armed or not). There also may be a bias that African Americans commit more crimes than white Americans, which they think justifies to them why there are more African-American deaths by cops. I would disagree with this because all Americans have a right to a fair trial based on their innocence before they can be proven guilty. A life cut short for no reason because a cop discriminating or overreacting is not acceptable. In many extreme cases police have been shown on video shooting a helpless and defenseless man or woman in cold blood. Some of those individuals shot were still in their teens or still very early in life. This cannot continue because so many lives full of potential come to an end before they can have a full, productive life.

After a recent shooting in Tulsa, Oklahoma on September 16, 2016, the Tulsa Police chief wants to make a change that could help stop shootings in the future and prevent riots which lead to more injuries and in some cases death. "Calling on the local prosecutors to make a decision shows the public that the case is being taken seriously and you're going to move as decisively as you would with anyone else, whether or not they are officers of the law," Nolan says (Mendoza).  This action helps to prevent public outcry and to stop the violence that sometimes follows big protests. It will also ensure that the offender gets punished for his actions and will then prevent other actions like this from happening again. If other cities and states follow the same steps in prosecuting officers and giving them a fair trial in open court, with all the evidence produced and a strict and clear laws, I believe less shootings will occur. This will help to stop police brutality and help restore our trust in police.

2016 has been a big year for police brutality and has gotten the most media attention. Lots of people have been killed by police in 2016 already but the numbers in 2015 and 2014 were still extremely staggering. More than 920 people have been killed by the police in 2015 ("5 facts about police brutality"). Plus the number of people killed by police in 2014 was over 1000, according to Mapping Police Violence, a research collaborative collecting data on police killings nationwide (Moore). Both of these sources are showing how badly police brutality has gotten and how many people are being killed yearly when the number should be a whole lot smaller. This goes back to my claim that with more training police officers wouldn’t be killing so many civilians when so many were probably innocent and more training would prevent many of those deaths.

Although police brutality has been getting a lot of media and public attention throughout the US and world, it seems that this has not helped stop the issue. A post database that tracks fatal shootings by police shows a 6 percent increase in the number of deaths in the first 6 months of 2016. (Kindy, Lowery, Rich, Tate and Jenkins).  At this rate, at the end of 2016 the amount of deaths will be even higher than 2015’s and 2014’s. A lot of these fatal shootings have been proven to be uncalled for and in many cases the victim is unarmed and defenseless. The problem with this is in many instances the offender (the police officer) has walked free and not gotten jail time or a sentence.

I am convinced that the training of police officers needs to increase and so do fair and open trials of officers who kill or injure innocent civilians. With the increase punishment for offending police officers as well, police will be more careful before shooting their guns. American can’t be viewed as the nation whose law enforcement officers discriminate against their own people based on their biases and not justice. 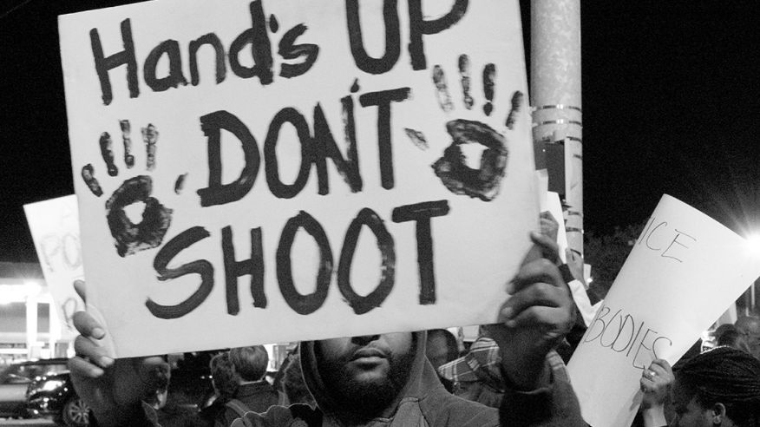 how the next president will deal with gun control for the U.S.