I’m writing to you as a young black woman in the United States. This country has no regards for black people or the minorities of this country. Police Brutality is rising in this country. According to the Washington Post, the FBI states that in the last decade it was roughly 400 killings from police officers. As of 2015 there were over 1,200 killings from police officers. That comes out to a little over that two officer involved shooting deaths per day. That’s more than twice the rate the FBI recorded in the last decade. Black Men account for 6% of the nation’s population, but were 40% of the 60 unarmed people who had been fatally shot by police. Yes, you can argue more white people are shot but they make up of 77.35% of this country population. Whereas, the Black men of this country are being shot and killed rapidly, with this rate of killings are race will be extinct in the next 100 years. According to Mapping Police Violence website, so far in 2016, 230 black people have been killed by an officer. Killing us, is not only the problem but the after effects is just as worst. Also, according to Mapping Police Violence, 98% of the officers involved ended with not being charged with a crime. Several incidents were recorded and sent to media, and officers were still not charged. Everyone is entitled in full equality to a fair and public hearing. But, I am not understanding how you have the evidence of the officer shooting an man with his hands up, not enough evidence. This letter can come off as very bias, but I stated clear facts, black lives matter and only you can make this country change its mind. If you are stating all lives matters, you are apart of the problem. All lives matter, but black lives need you the most right now in this country. 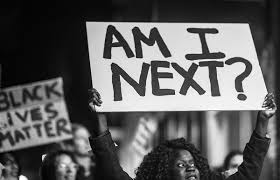 police brutality black lives matter
Published on Oct 5, 2016
Report a problem... When should you flag content? If the user is making personal attacks, using profanity or harassing someone, please flag this content as inappropriate. We encourage different opinions, respectfully presented, as an exercise in free speech.
Pattonville High School

This is my view on immigration and what I think should be done in order to keep it under control.

Immigration is a problem.

I believe that even though can be considered murder, it should be legal up until a certain date.

Getting a Good Education

Getting a good education is important and so is funding programs that are electives or help students grow as learners.

As the next president, you have the ability to help resolve this by creating a rule or a law on police officers wearing body cameras at all times. ...