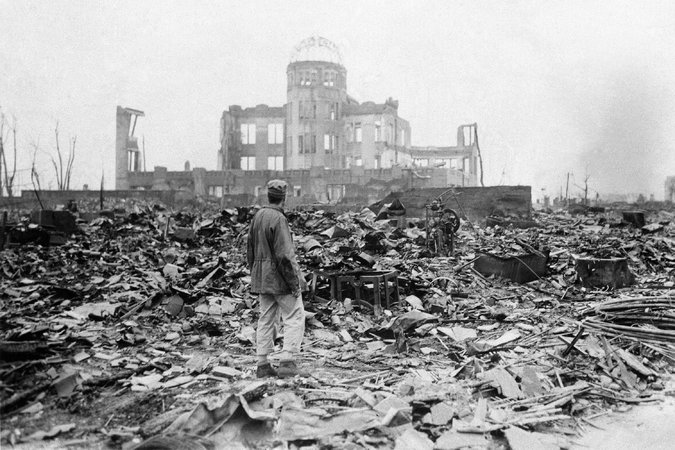 I am very concerned. I see all throughout different media outlets and news channels horrible issues such as police brutality, hatred regarding sexual orientation, rising rates of depression and anxiety among teenagers, and the terrible epidemic of hunger affecting millions of children and adults around the world.

But there is an issue that plagues my thoughts that is much scarier than all of those issues combined. (Not to downplay those issues, which are all very important) This matter is so destructive that it could destroy an entire country and maybe even the planet as a whole.

According to "WMD awareness", an official foundation sanctioned in the UK that informs the public about weapons of mass destruction, there are over 16,400 nuclear weapons on the earth today, and there are suspected to be more secretly in development, and not accounted for in that number in countries such as Syria, Pakistan, Israel, Iraq, Libya, and Korea.

The effects of one nuclear bomb is 1,000 times stronger than the atomic bomb that hit Hiroshima and Nagasaki in 1945. This fact is incredibly concerning, considering the negative effects that only one atomic bomb caused the people in Hiroshima and Nagasaki. The bomb killed over 200,000 people, 20,000 of which were killed in the first few seconds of the blast. The rest were killed by the side effects/radiation of the bomb. This blast changed the way people saw bombs and weapons of mass destruction. But guess who dropped the bomb that changed everything? That's right, our United States of America.

Now think of that bomb, and the effects of that bomb, only 1,000 times over. That is only ONE nuclear bomb. The United States alone has over 9,600.

I am scared, I am scared because I feel like the world has too much power, there could be nuclear bombs with people we do not trust, or people who will not handle them responsibly. I am scared because if an accident occurs, many people would suffer, and many people would die. I do not want to see that happen, no one wants to see that happen. Some outlets believe that nuclear bombs keep us safe from war. Newspeak's article "How Nuclear Weapons Keep Us Safe" written by Jonathan Tepperman reads: "Even the craziest tin-pot dictator is forced to accept that war with a nuclear state is unwinnable and thus not worth the effort. As Waltz puts it, 'Why fight if you can't win and might lose everything?'" this may be true in some cases, but this argument does not apply to accidents that could cause an explosion. Plus that ideology may change depending on how a dictator or world leader might think about the effectiveness of nuclear weapons. Like I said before, no person should have that much power.

What I ask of you is very simple. I want you to be responsible. I want you, as our next president, to make sure that these weapons are kept safe and regulated in a way that will be a model to other countries. I want you to try and convince other countries to be extremely careful with these weapons, allied or not, because if one were to go off, it would affect all of us. I hope one day, hopefully in my lifetime, that the leaders of the world will come to their senses, and realize that these weapons of mass destruction are not needed in our world, for they only make the world distrusting of one another.

But for now, please take care of us, please keep us and the future generations safe from nuclear war, and keep the world safe, by being responsible about our weapons.

nuclear weapons
Published on Nov 6, 2016
Report a problem... When should you flag content? If the user is making personal attacks, using profanity or harassing someone, please flag this content as inappropriate. We encourage different opinions, respectfully presented, as an exercise in free speech.
Newbury Park High School

Why Abortion Should be Legal

By making abortion illegal, it is stripping away a woman's right. It should be the woman's and family's choice, not the government's.

Need of funding for the education of future leaders

The Seriousness of Nuclear Bombs

Nuclear weapons are a serious issue and these bombs have the ability to kill millions.

The nuclear weapons are too dangerous for the future.

What if the world just threw away the idea of nukes?