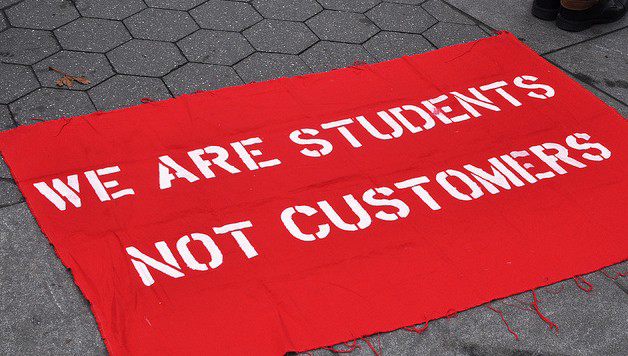 Imagine living in a world where your education wasn’t free––where if your family didn’t have enough money to send you to college, you simply wouldn’t go. If your family qualified for and received financial aid and you were able to attend college, your student loan debts would shadow you for years from the day you graduate. This is the world we are living in.

Everyone deserves to have an opportunity to be educated. There are hundreds of thousands of brilliant people in the world that haven’t been able to obtain a college degree because it was too expensive. The world is becoming smarter, and the key to surviving in this highly competitive economy is to equip the workforce with the education they need to be successful. One may ask how a University will function without requiring a tuition from its students; the answer to this is simple. State funding. Public High Schools have done an exceptional job of operating under state funding and still providing an education worthy of its students. Why can’t a University do the same?

Expensive college tuitions and student loans go hand in hand––if you can’t pay for one, you pay for the other later. It is immoral for the government to make profit off of student loans. It has been estimated that the Federal Government will make over $110 billion on student loan programs. It is suggested that this money should be used to lower student loan interest rates. What kind of country would America be if its citizens didn’t have a right to education regardless of the cost? Not the country Americans want it to be. There are many bright people in the world that never got a chance to go to college, so let’s make sure Americans don’t have to pay the price for something they should have a right to.

Education Costs education student debt
Published on Oct 18, 2016
Report a problem... When should you flag content? If the user is making personal attacks, using profanity or harassing someone, please flag this content as inappropriate. We encourage different opinions, respectfully presented, as an exercise in free speech.
Benilde-St. Margaret's School

College debt needs to be fixed.

Howdy there Mr. Trump. Now that you are president I am writing this letter to address a certain issue. The issue that I have some concern for is Ob...

College: the Key to the American Dream

There are too few restrictions on guns in the United States, especially in comparison to other countries. Background checks need to be implemented ...

Immigration is more than just an issue dealing with people; it deals with education, income, and the lives of those people around you.