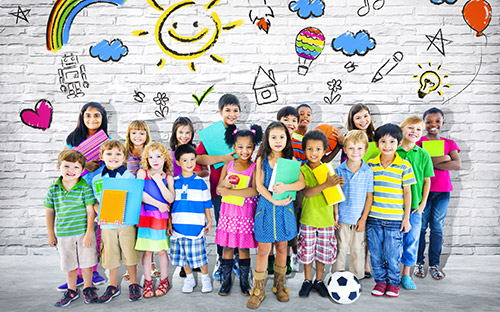 Yet this belief system of dedication and hard work is being threatened. For the entire basis of this argument rests upon the belief that they were given, more or less, the same opportunities; that they started at the same place. A man running one mile does not question why others cannot run fifty.

The first observation one that one might make would be that white students, on average, have a much wealthier background. This could be a possible explanation for why the white students are more grades ahead than other ethnicities, correct? Wealthier children do not need to worry about the array of issues that their poorer counterparts would. Depending on the income, some economically challenged children may need to get a job at a younger age, may worry about getting enough to eat, and can't afford tutors or enrichment opportunities. This all seems to make perfect sense, however, the graph below takes school districts where students of different races have similar economic backgrounds. The districts are shown by a circle for each race represented and a line to connect them. It is very clear that even in this situation, where students have similar economic backgrounds, that the white students, on average, maintain up to 2 full grade levels in front of the hispanic or african-american students in the same district.

At the same district, students of all races should, and might, receive the exact same treatment, yet there is a huge gap in achievement depending on race. I know that no man is so disgustingly racist, or so unfounded in fact to believe that certain races excel at a greater rate in school than others, while under the same circumstances. But if these students, biologically and economically should be the same, why are African American and Hispanic students so consistently being outperformed. This is a clear indicator that something is incredibly wrong, within our education system, which needs to be fixed as quickly as possible.

education discrimination
Published on Oct 19, 2016
Report a problem... When should you flag content? If the user is making personal attacks, using profanity or harassing someone, please flag this content as inappropriate. We encourage different opinions, respectfully presented, as an exercise in free speech.
Benilde-St. Margaret's School

The defunding of arts programs is an increasing problem and leads to an under appreciation and neglect of the arts.