My name is Billy Madden and I am a Senior at Benilde-St. Margaret’s High School. I am writing to you today about the issue of our economic power in the World today and in the future. The United States has held the position of the world’s largest economy for 140 years. The US accounts for over 22.44% of the world’s gross domestic product (GDP). Today we still remain number one in the world with the GDP per capita, and yet China has the same amount of exports as the United States. To make matters worse, China has almost nine times more money in reserve than the United States and the international monetary fund has ranked China with having the most purchasing power parity (PPP), this means that China has the world’s largest income. With a larger income and a far lower import expense, China is on the rise to continue to surpass the United States in economic power, and to quickly increase the deficit that is already being mustered between the US and China.

Economic power is the basis for world power and the success of a country. The U.S. is on the verge of losing that, which they have secured since 1872. China has already surpassed the United States for purchasing power parity and is projected to overtake the United States in Gross Domestic Product by 2026 according to The Economist Intelligence Unit. The economic problems for the United States doesn’t end there, by 2050 the economic ranking of the world powers will shift dramatically. By 2050, India will only trail the United States by $7 Trillion, increasing their GDP by nearly 32 times. On the other hand, longstanding economic powers Germany, France, and the UK will all shift down in rank and Russia and Italy fade from the top ten.

In the years to come there will be many changes to the world economy from countries that have never had this sort of power. This could inevitably lead to corruption and the deposition of the United States from world power. All of this growth in power starts somewhere and I believe that it is starting in the youth and in education. Starting at a young age in China the mathematics is advanced and it the primary learning focus in schools. In elementary schools, mathematics specialists are far more common in China than in the United States. In the United States today, Asian-Americans make up about 5 percent of the population, yet at Princeton 22% of the freshman class is Asian and 21% of the Harvard class is Asian. Asians are receiving a higher education at a young age and are taking advantage. They continue their hard work and are exploiting the Ivy League schools for the highest education possible.

Working hard at a young age is the primary distinction between the Chinese and American youth, and it is beginning to reveal itself in the form of a greater economy. In order to retain world power, the United States must build its economy back to its previous supremacy. In order to establish a strong economy for the future, the United States must create a smarter and more determined youth. In order to create an intellectually strong youth there must be a better education system at a young age. 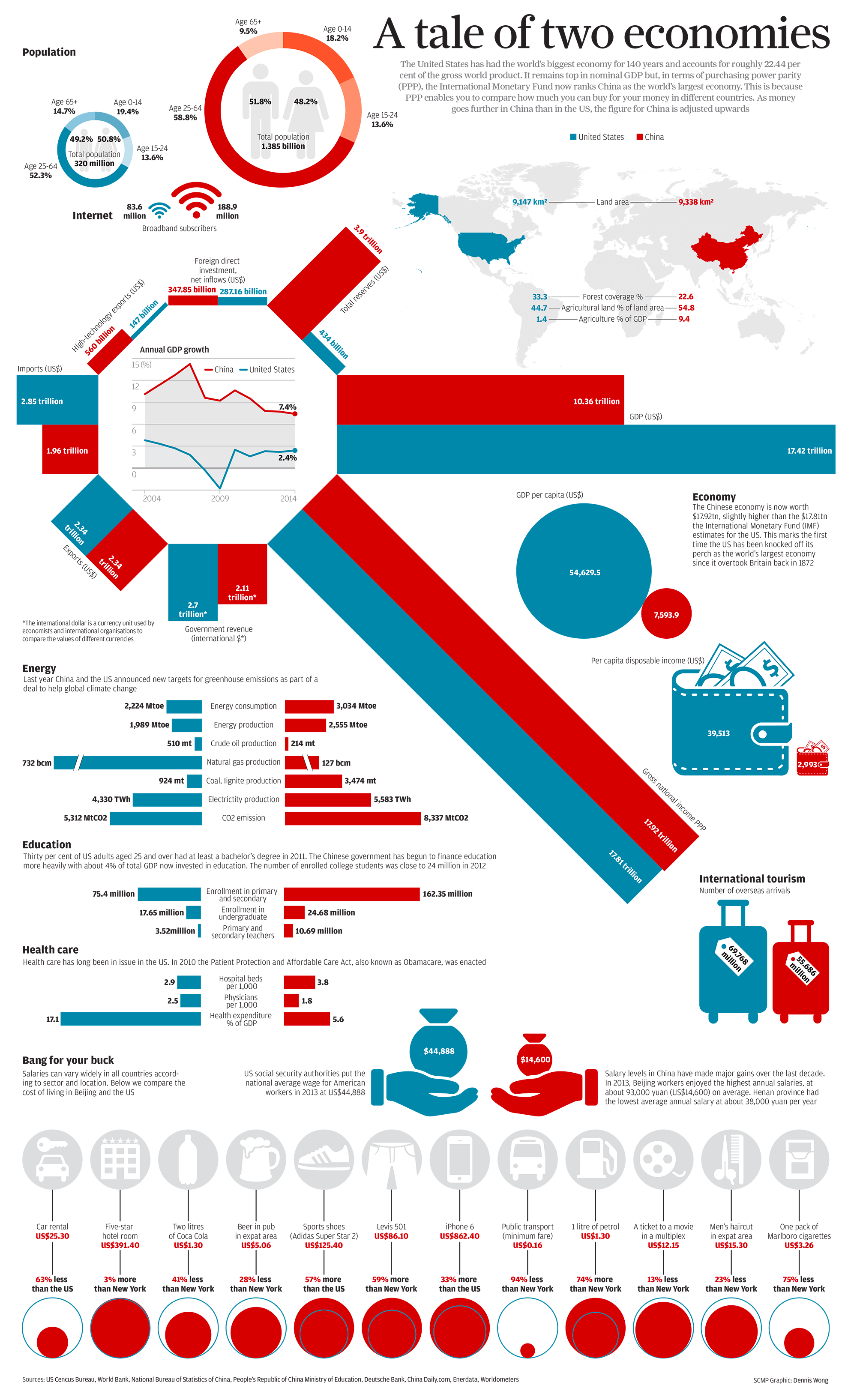 economy chinese economic power loss of economic power increase in asian economic power
Published on Oct 19, 2016
Report a problem... When should you flag content? If the user is making personal attacks, using profanity or harassing someone, please flag this content as inappropriate. We encourage different opinions, respectfully presented, as an exercise in free speech.
Benilde-St. Margaret's School

Government has to stop taking property

Renewable Energy for the US

Switching to renewable energy options will be beneficiary to the US.

With America being one of the wealthiest countries in the world it is no surprise that many Americans overlook the fact that poverty is a serious i...

The U.S. minimum wage is currently set at $7.25. Employees working at minimum wage are not able to support their families and are in poverty.

The minimum wage needs to be raised to $15 dollars. One cannot raise a family with anything lower than that an hour. Let's fix this problem.

I am here to talk to you (the future president) about the us economy.