At many moments in our lives, it is natural for us to focus more on the present than the future. Procrastinating on that huge project until it is due the next day, not feeling tired at night and therefore staying up late only to regret it the next morning: all of us are familiar with these situations because it is human nature to leave the future for future us and focus on the moment we live in how. In general, this is also happening to arguably one of the most important issues between humans and life, which is global warming. It is our responsibility as humans to take care of our planet and keep it healthy, but we are continually taking advantage of our planet and its resources, leaving the responsibility of saving it to the next generation. Human have inflicted a lot of damage on their planet, perhaps to the point where it is irreversible. What we can do now is to slow the damage that we are doing the the environment and to try and erase as much damage we have done already.

When I was seven years old, I saw this term called “Global Warming.” This was the first time I had heard of such a term and out of curiosity I asked my dad what it meant. He went into this whole explanation about carbon emissions and the heat from the sun being trapped in earth's atmosphere, but all I understood from this explanation were that human are making the planet hotter. At the time I didn't think much of this because i did not understand the implications of what global warming meant for the human race. Now, I realize that “Global Warming” is one of the first signs that the planet we live on is withering away. According to the U.S. global change research program, the temperature in the U.S. has increased by 2 degrees in the last 50 years and precipitation has increased by 5%. These numbers may not seem big, but if you think about the amount of time 50 years is in the life span of the earth, this is a huge change in just a short amount of time. Global Warming does not just mean the earth is heating up, it also entail the disastrous effects of this cause. According to an expert source, with the onset of global warming, whole ecosystems will change and along with this change whole species will disappear of the the face of the earth. Not only this but Fresh water will become less available in the world. If the Quelccaya ice cap in Peru melts at its current rate, by the year 2100, it will have disappeared along with the thousands of people that rely on it for drinking water. According to an article on the effects of global warming, the number of people expected to live in extreme water scarce environments will rise from 1 billion today to 3.9 billion in 2030.

In contrast to this, many people claim that environmental damage and global warming will not have such a big impact on us as scientists intend to claim it will. However, according to an extensive study done by the integrated ocean drilling program, Gas hydrate, which is a mixture of water and mostly methane, occurs in great abundance underneath the earth's oceans, however it melts very fast once removed from the high pressure and cold temperatures of the oceans. With the onset of Global Warming the oceans temperatures will rise and along with this increase in temperature the frozen gas hydrate will also melt that is underneath the oceans and rise up into the atmosphere. This increase of methane in the air will have such a great on the earth that global warming will increase exponentially compared to its current rate of increase in temperature today. Clearly, for the people that say global warming does not have a great effect on the environment, it will start to increase rising temperatures exponentially over the decades to come and then we will definitely see even greater effect on the planet that what is being done now. Even today roughly 17 million tons of methane are being released into the air by one article shelf deposit under the arctic sea, according to an article written by the university of Washington. The effects of global warming today will be nothing compared to what is to come if humans do not try and reverse the damage they are causing to the environment.

The people most affected by global warming and the deterioration of the environment are those who have no ability to prevent it, these people are the future generation. That is why we have a responsibility today to begin discussing and coming up with solutions to global warming the the protection of the environment. It is the duty of the United States of America, as a country with more influence than any other, to lead to the international conversation about preserving our freshwater resources and the utilization of solutions that could save the environment. The solution to this problem is easy. We need to set stricter regulations on the environmental emissions of factories and cars, more environmental taxes on those companies or institutions doing harm to their surrounding environment, and even just raising awareness of the problem so that more people can join in on the movement for global change.

Of course there are other issues that have relative importance and value to the Unites States, but if we don't act fast, then by the time those current issues are resolved we may not even have a habitable planet to live on. This is why we need to take action now and begin to reverse the damage of global warming and human made environmental disasters, so our children will live in a better world than we came into. 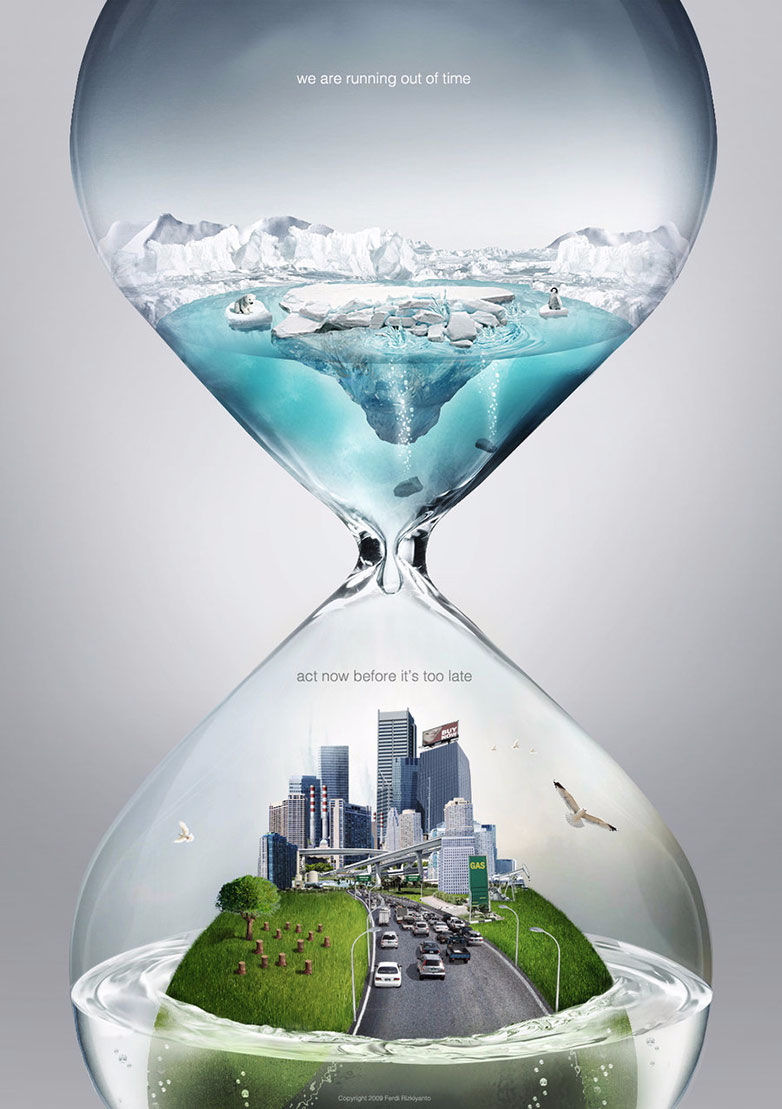 global warming future generations environment
Published on Nov 3, 2016
Report a problem... When should you flag content? If the user is making personal attacks, using profanity or harassing someone, please flag this content as inappropriate. We encourage different opinions, respectfully presented, as an exercise in free speech.
Newbury Park High School

Racial Profiling in the United States

Although racial profiling is looked down upon by the Constitution, it is still a vast problem within the country. White supremacy rules our country...

The issue regarding healthcare and the debate between the candidates.

Discrimination, It goes deeper than the color off your skin

Discrimination is problem most people will at one point in their life. People often think that racism and discrimination are the same, in reality r...

Coal is a polluting form of energy, but now still millions of people use coal to make energy because it is cheap. But it makes a lot of carbon diox...

Deforestation has a domino affect but what will drop last?

Global Warming is destroying our world one day at a time. Our Earth is dying and we need to help heal it. By recycling and renewing energy we can h...